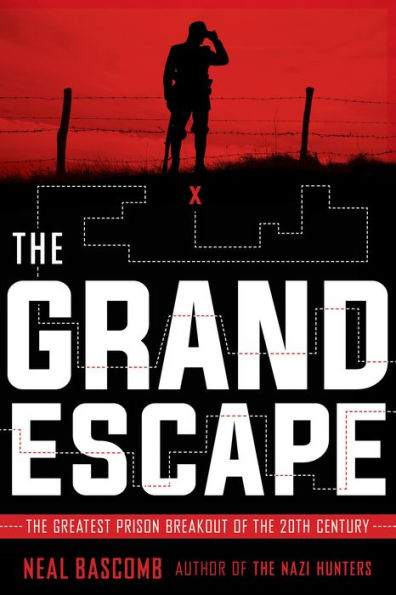 “To succeed would defy every odd against them.” – The Grand Escape

The Grand Escape: The Greatest Prison Breakout of the 20th Century

At the height of World War I, brave Allied and German forces battled on land, air, and sea. During these battles, captured Allied soldiers and pilots were sent to the dangerous web of German prisons where they were neglected, beaten, and robbed. The most troublesome prisoners of war were sent to

Holzminden – an inescapable landlocked prison designed to break prisoners. The prisoners are in the middle of Germany, locked down by armed guards and barbed-wire fences. The camp’s ruthless commandant, Karl Niemeyer, enforces the camp’s cruel rules. Escape seems impossible for the rag-tag prisoners.

Faced with a Herculean task, a group of determined Allied soldiers and pilots defy the impossible, daring to escape the prison by building a tunnel right under Niemeyer’s nose. Scraping away mere inches of dirt every hour, the team tunneled through the prison’s foundation underneath guard towers, dogs, barbed wire fences, and into a nearby farm. As Niemeyer becomes suspicious of a possible escape, the team of escapees works tirelessly forging documents, smuggling in supplies, and bribing guards. The hardest challenge of escaping Holzminden was yet to come for the 29 men—making it back home undetected through war-torn Germany.

The Grand Escape will leave readers on the edge of their seats as they read the true story of how a team of Allied prisoners banded together to escape Germany and became an inspiration for their fellow countrymen during World War I’s darkest hours. Bascomb does an extraordinary job bringing the story to life. His vivid details, page-turning suspense, and well-developed research alongside photographs, maps, and diagrams of the tunnel and prison camp make the reader feel like they are actually in the tunnel escaping with the prisoners.

The suspense will keep readers turning the pages until the very end. However, the book discusses some of the atrocities of World War I, including the intense violence and hatred between the German and Allied soldiers. Some descriptions are graphic; therefore, the book is not for the faint of heart. This book is aimed at older readers who have some pre-existing knowledge about World War I and the development of modern aircraft. Nonetheless, The Grand Escape is a terrific nonfiction book that will teach readers to persevere through hard times.

“To succeed would defy every odd against them.” – The Grand Escape