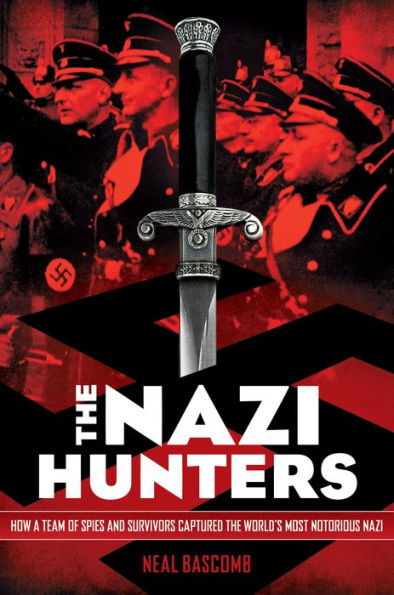 “For the first time in history the Jews will judge their assassins and for the first time the world will hear the full story of the edict of annihilation against an entire people,” Isser Harel. –The Nazi Hunters

The Nazi Hunters: How a Team of Spies and Survivors Captured the World’s Most Notorious Nazi

Everyone had forgotten about it. The Americans are fighting the Russians. The British and French are starting to rebuild their countries. The Japanese are experiencing an economic boom. Germany is being split into two. The world had moved on and forgotten the world’s worst genocide—the Holocaust.

At the end of World War II, Adolf Eichmann, the head of operations of the Nazi’s Final Solution, disappeared without a trace. After sending millions of innocent people to their deaths, Eichmann said goodbye to his wife and sons, walked into the German countryside, and vanished. Sixteen years later, an elite team of Israeli spies is sent to Argentina with one goal in mind—capture and secure Eichmann and bring him to trial in Israel.

Faced with an impossible task, a lawyer, a forger, a doctor, a pilot, and a team of Israeli agents risk everything to capture the architect of the Holocaust. If they are caught, the team could face decades of imprisonment or even death by Argentinian Neo-Nazi groups. However, they have to take the risk–they must take Eichmann to Israel to remind the world of the Holocaust’s victims.

The Nazi Hunters will leave readers on the edge of their seats as it tells the thrilling, harrowing, and true tale of how a team of Israeli spies was able to secretly capture one of the top Nazis decades after his disappearance. Complete with photographs, maps, and top-secret documents, Neal Bascomb tells the story in a cinematic light that will engage readers and get them interested in reading nonfiction.

With his nonfiction novel, Bascomb not only shows readers how traumatic and terrible the Holocaust was but also the far-reaching effects of the genocide–affecting not only its Jewish victims but also the Jewish generations to come. After 16 years of silence, Eichmann’s trial highlighted the true nature of the Holocaust and allowed survivors to openly share their experiences in Nazi concentration and work camps.

Even though The Nazi Hunters contains historical information, the story is fast-paced and reads much like a spy novel. The story is exciting, and the pictures that are scattered throughout the story will remind readers that the events and people are real. Descriptions can sometimes be gory, such as with Eichmann’s hanging, but Bascomb uses the violence to show readers how brutal the Holocaust was and to ground the story in reality. With the countless number of names and historical events, young readers may have a difficult time following the story’s main characters. But, The Nazi Hunters is a fantastic book for middle school readers, rounding out their knowledge about the Holocaust by showing its everlasting effect on world politics.

“For the first time in history the Jews will judge their assassins and for the first time the world will hear the full story of the edict of annihilation against an entire people,” Isser Harel. –The Nazi Hunters