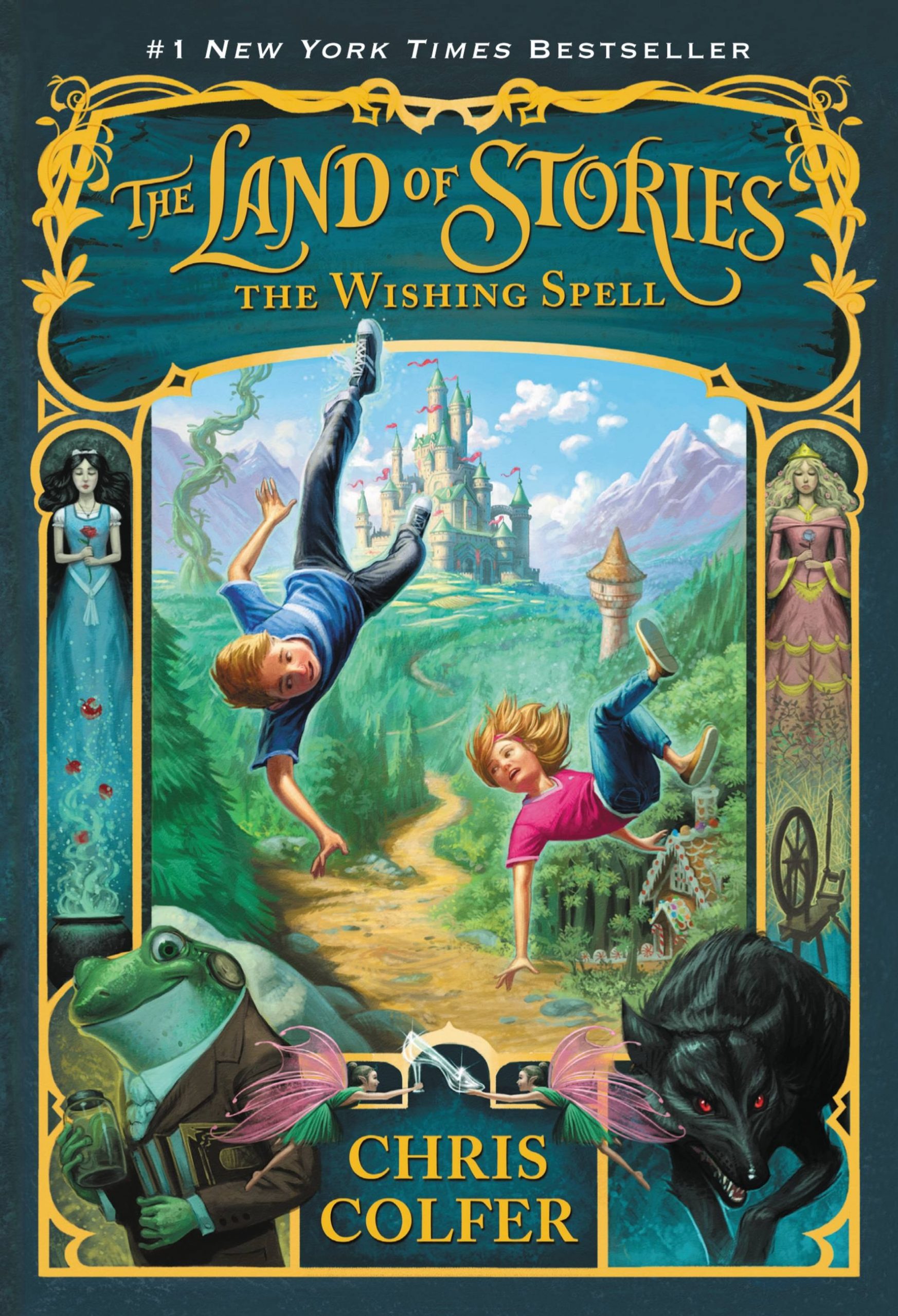 “The world fails to realize that a villain is just a victim whose story hasn’t been told,” The Evil Queen. –The Wishing Spell

The Land of Stories #1

Twins, Alex, and Conner Bailey are no longer living in a fairytale. After their father dies in a car accident, their mother struggles to make ends meet, and leaves the twins to fend for themselves on their birthday. Despite struggles in school and trouble making friends, both twins find comfort in the fairytales told to them by their late father and grandmother. A storybook from their grandmother titled, The Land of Stories allows the twins to enter a world of magic where fairytales become reality, but not everything happens as it was written.

In The Land of Stories, Goldilocks is a sword fighting outlaw, Little Red Riding Hood is a self-obsessed queen, and one of their greatest allies is a talking frog. However, as magical as the world may seem, the dangers are just as real, especially since the Evil Queen–from the tale of Snow White–has escaped from prison. To return to the safety of the real world, Alex and Conner need to find the items of “the Wishing Spell,” a legendary incantation that will allow them to wish their way home. But the Evil Queen is after it too. The twins are in a race against the Queen. Who will find the items of the Wishing Spell first? The twins will have to work together to settle their differences if they ever wish to return home.

The Wishing Spell is an entertaining and creative retelling of many classic fairytales including Jack and the Beanstalk and Cinderella. The Land of Stories is a well-crafted world, filled with many well-known tales that are explored in more depth. Because of that, the fairy tale characters develop intricate personalities, which are an enjoyable part of the book. The complicated plot is explained well, but the large cast of characters may be difficult for readers to remember. As for the main characters, Alex and Conner are opposites–Alex is a diligent, well-read girl with an introverted and idealistic personality, while Conner is a class-clown type character that provides comic relief and serves as a “realist” when needed. Combined, they make an engaging and loveable pair.

In the end, the twins learn that there is more to each story than what meets the eye. Alex and Conner are thwarted by the Queen, resulting in her using the Wishing Spell items before they can. However, they learn about her motives that reveal her to be less evil and more misunderstood, which deepens their compassion for her. As Alex says, “I think what I’ve learned from all this is that villains are mostly just people villainized by circumstance.”

In the end, the Evil Queen dies, and the truth of her motives—to save her lover who is trapped in the magic mirror—die with her. The twins learn that, while “happy ever after” may not be a reality for everyone, genuine kindness and love does exist. The story highlights the importance of treating others with respect and patience so misunderstandings can be prevented. No one can go back in time to save the Evil Queen from her demise, but Snow White concludes that “the best thing we can do now to honor her memory is to live every day with the compassion and understanding no one ever gave her.”

“The world fails to realize that a villain is just a victim whose story hasn’t been told,” The Evil Queen. –The Wishing Spell