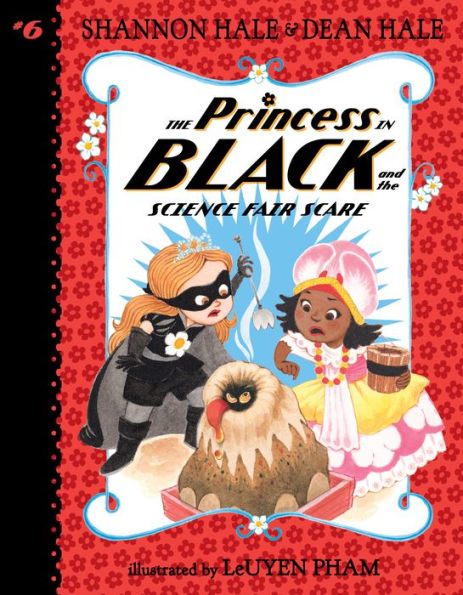 The Princess in Black and the Science Fair Scare

Princess Magnolia is excited. Excited and nervous. She’s going to the Interkingdom Science Fair today to present her poster about seeds and plants. Even better, when she arrives, she sees that her friends are there too! Princess Honeysuckle made a mole habitat, Princess Sneezewort has built a blanket fort, and Tommy Wigtower has a talking volcano that’s saying “EAAAAT!” Wait, what?

Although the science fair is the scene of the story, the story only has a smattering of science. In one part, in order to carry the goo monster, the princesses must figure out how to distribute the weight. The science portion introduces some basic concepts but does not go into confusing detail. This story also highlights the importance of working together.

Readers will love the princesses who are prim and proper when they need to be, but they are also a little bit awkward. Even though the Goat Avenger only makes a small appearance, he adds humor to the story. The Goat Avenger loves to “wage battle.” When the Goat Avenger “wages battle,” he uses a duster to tickle a monster back to his home.

The easy text and the detailed illustrations will make younger readers want to read the story over and over. The illustrations are sometimes funny, but they always do an excellent job of capturing the character’s emotions. If you’re looking for a high-energy, enjoyable book with strong female characters, then The Princess in Black series should be added to your reading list.