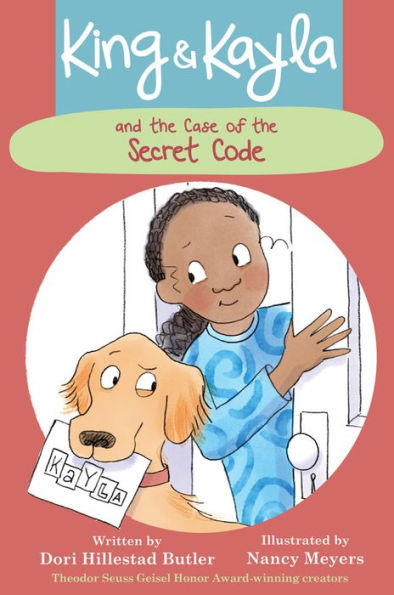 King & Kayla and the Case of the Secret Code

Kayla and Mason both get mysterious letters written in code. Neither of them knows where the letter came from or what it means. King, a lovable dog, knows which one of their friends left the letter, but Kayla doesn’t understand him.

Readers will giggle as King tries to tell Kayla who left the letter. He sings, dances, and barks, but Kayla can’t figure out what King is trying to say. King is a loveable dog, who thinks that everything is his favorite thing. The bright illustrations do an excellent job showing King’s and Kayla’s emotions.

King and Kayla are likable characters who solve a relatable problem. Much of the humor comes from King’s desire to communicate with Kayla. The fun, easy story is perfect for readers transitioning out of picture books and into chapter books. Each page has a large picture that allows the text to be spaced out so younger readers will not get discouraged by the amount of text. The simple, fun plot and interesting characters will keep readers engaged until the very end.