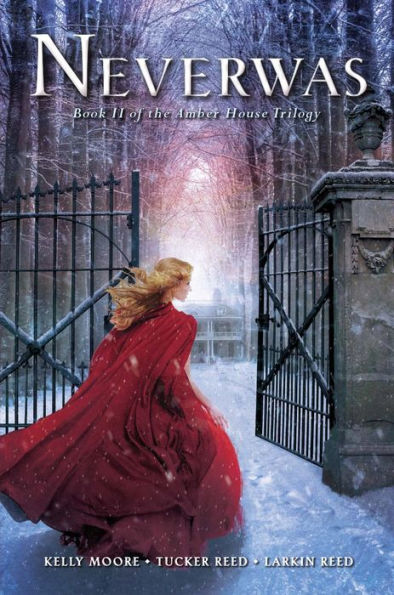 Neverwas continues the story of Sarah and Jackson in Amber House, who are not quite the same people. History has shifted thanks to Sarah’s successful rescue of her brother and aunt. As a result, this Sarah’s parents are happily married. There are other changes too, some good and some bad. Jackson’s aunt Ruth is dying. Hathaway’s mother never left him. Sarah’s best friend no longer exists.

The small changes Sarah understands, but there are deeper changes as well from farther back in history. The American Revolution failed. Nazi Germany won the war. North America is split into three countries, with Amber House located in the Confederate-like country where slavery has only recently been abolished.

How could saving her brother and aunt have caused such large changes to history? It makes no sense, and Sarah doesn’t want to fix it. She doesn’t believe that she can fix it. Together, she and Jackson start to unravel what happened—Jackson eagerly, Sarah unwillingly. Together they realize where history went wrong, and that it’s up to them to fix it, again.

Neverwas is a strong second book in the Amber House series. Though it lacks the beautiful imagery that made the first book a delight, Neverwas is based on an interesting “what-if” concept that will hook readers. The story explores what might have happened if the American Revolution failed, and the ripple effects it would have on world history; these changes keep the story interesting enough to keep the pages turning. The authors also did a wonderful job developing the alternate-Sarah. Sarah is still clearly herself, yet there are changes to her personality and how she views the world, changes that are there due to the fact that her parents are happily married, her aunt is alive, and other small alterations to her past.

This Sarah is not as likable as the Sarah in book one. The Neverwas Sarah is not as strong, she can be frivolous and clueless, and she would rather bury her head in the sand than try to change history again. But with Jackson and her brother urging her on, she does a commendable job of pulling herself up by her bootstraps, and in the end, she does all she can to rectify history and bring a better future. Overall, Neverwas has a theme of helping others, even when the cost to yourself may be great.