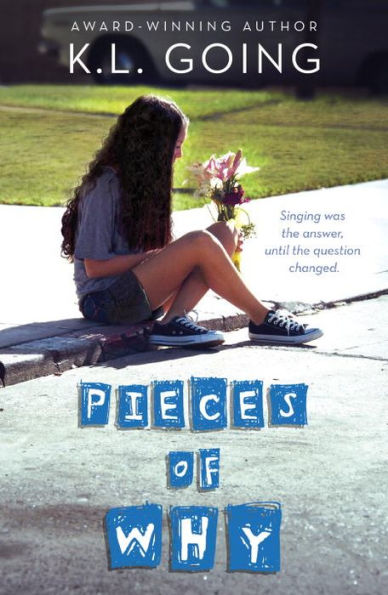 Twelve-year-old Tia dreams of changing the world with her voice. That all changes when a carjacking occurs outside of the church where she practices with the Rainbow Choir. When the carjacker kills an infant, people begin gossiping about Tia’s father who is in prison.

As Tia tries to understand the death of an infant, it makes her wonder why her father is in prison. Her mother refuses to go to any of Tia’s activities, and she also refuses to talk about Tia’s father. As Tia struggles with the question of why bad things happens, she discovers that sometimes the answers don’t bring understanding, but there can still be healing.

Pieces of Why is an excellently written book that brings the New Orleans streets alive. New Orleans is depicted as having a rich community with diverse people that are not always kind. Despite the fact that Tia is surrounded by her best friend’s family, the story shows life as it really is–twelve-year-olds can be cruel, adults’ gossip can hurt, and not everyone is accepting. Despite this, Tia learns that understanding and accepting the past is essential.

Pieces of Why is an easy-to-read, compelling story. Although the story revolves around the death of two children, the violence is not described in detail; however, the content of the story may upset young readers.

Pieces of Why explores the beginning stages of finding a boyfriend and the feelings of liking the opposite sex. It is one of the few stories that show that not all boy-girl relationships end with a happily ever after, but that some end with hurt.

The story shows how all aspects of life are not clearly defined. People cannot be classified as all good or all evil. Even Tia’s father, who is a murderer, isn’t shown to be evil, but a man who made a tragic mistake. Pieces of Why does an excellent job of showing life as it is—messy, confusing, but good.