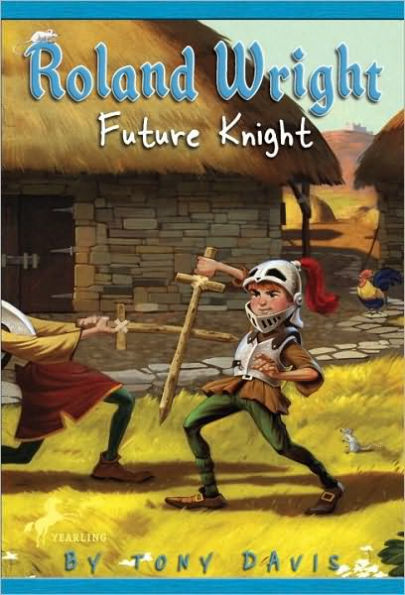 Roland Wright dreams of being a knight, but he knows that dream will never come true. Only sons of noblemen become knights, and his dad is not noble. Then a series of unexpected events happen that bring excitement and hope to Roland. A knight, with a head stuck in his helmet, shows up at his father’s blacksmith shop. The knight has exciting news. Roland’s father’s famous armor saves the king’s life, and then the king offers to take either Roland or Roland’s brother Shelby to the castle to train as a page.

Roland’s father, a quiet and skillful man, must decide which son will become a future knight and which son will become an armor maker. In order to determine which path in life is best for his sons, Mr. Wright comes up with a contest to judge the boy’s skills. In an attempt to win the contest, Roland seeks out the advice of an experienced knight.

Young readers will be instantly captivated by a view of life in the Middle Ages through Roland’s eyes. Not only is Roland humorous, but he also is just like a typical boy—he spends much of his time day-dreaming and he doesn’t have much use for girls. Adding a mouse as a pet, a gallant knight, and a wise and insightful father to the mix makes Roland Wright Future Knight an entertaining story. An added bonus is that the story teaches that winning isn’t the most important part of being a knight (or a young boy).