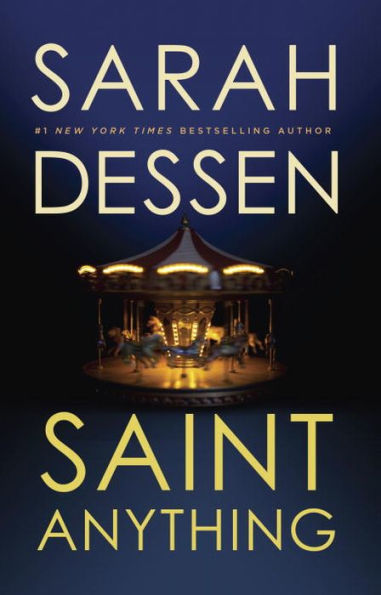 “You never knew what lay ahead; the future was one thing that could never be broken, because it had not yet had the chance to be anything,” Sydney. —Saint Anything

Sydney’s older brother, Peyton, holds the spotlight in their family—first for his charm, and then for his stints in rehab and his poor decision-making skills. When he lands in prison after hitting a young boy while drinking and driving, the spotlight turns on Sydney. With this new scandal, she decides to switch schools, hoping for anonymity and a chance to start over.

She starts over by becoming friends with the Chatham family, a family that shows Sydney what it looks like to have parents who are present and supportive and friends who accept you for you. Dessen does all this without feeling cheesy or unrealistic. Readers will see the lesson shown when Sydney is finally able to stand up for herself and the people she loves. Readers will appreciate the character development of Sydney as well as her parents.

Saint Anything is a heartfelt story that doesn’t only focus on romance but also captures the ups and downs of real life. With just the right amount of romance, suspense, and family drama, Saint Anything explores Sydney’s personal growth as she deals with tragedy.

Sydney’s character is genuine and relatable. Her story explores the complicated nature of family relationships. Readers will walk away feeling satisfied at having read a story that not only had a well-developed plot, but also realistic characters and an engaging conflict. The realistic dialogue and uncomplicated vocabulary make for an easy-to-read, engaging story.

Dessen writes a beautiful story that focuses on dealing with grief, guilt, and loneliness. The heart-warming story, with well-developed characters, shows readers the importance of becoming comfortable in your own skin. Saint Anything is the perfect book for those looking for a sweet romance that focuses on family and friendship.

“You never knew what lay ahead; the future was one thing that could never be broken, because it had not yet had the chance to be anything,” Sydney. —Saint Anything