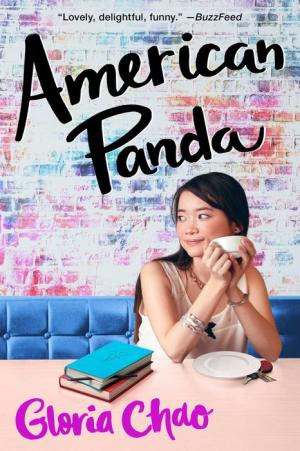 “Suddenly I saw the spectrum they represented. It had been right before my eyes, but I hadn’t seen―or more accurately, had refused to see. Before, I had blamed my culture, but that wasn’t the problem. It was so much more complicated than that. It was a clashing of personalities and interpretations of cultures. How would my parents and I ever find a solution to this impossible mix of opposing ideals and desires?” Mei Lu. ― American Panda

Mei Lu is a 17-year old freshman at MIT and a first-generation Taiwanese-American. She skipped fourth grade because of her parents’ master plan for her: Go to a prestigious school. Get into med school and become a doctor. Marry a parent-approved Taiwanese man. Have children with said man, and be the obedient, submissive wife she was always meant to be. Mei, however, has a secret. Well, multiple secrets: She can’t stand germs. She’s falling asleep during her biology lectures. She loves dance, and she develops a crush on a Japanese peer named Darren Takahashi. Because her mother tends to be overbearing and her father is stuck to the traditional Chinese customs, Mei feels suffocated. She doesn’t know how to cope with her parents and the traditions that keep her chained down.

Despite her challenges, Mei decides to take a leap of faith and teach dance classes. Plus, she gets into a relationship with Darren, and reunites with her estranged brother Xing, who was disowned because he dated a woman his parents did not approve of. Mei begins a web of lies to keep up the facade of medical school, but ultimately she learns that there is no one way to be an Asian-American. She defies her parents’ expectations and strays from their planned path. Mei also brings her mother along in the journey, helping her learn to break free from the traditions that bind both of them.

American Panda is written from the perspective of Mei, who takes the readers through the ups and downs of being a freshman college student. Every chapter ends with a voice mail, usually from Mei’s mother, or a text message thread with Darren, which allows the reader to hear Mei’s inner monologue and listen to her thoughts on being a doctor, her distaste for germs, and her crush on Darren. This allows the reader to feel more empathy for her when her parents eventually disown her. The story unlocks a new perspective through Mei and teaches about Chinese culture. For example, a Chinese tradition is to eat with the family and order large dishes for the family to share. “We ordered so much another table had to be dragged over. After dishing food to Nǎinai, Yilong stacked her plate five layers high. A few bāos and pork balls tumbled off and she hurried to scoop them back on top.”

American Panda also exposes the American audience to the Chinese-American experience, such as Mei knowing specific proverbs and words in Chinese. Mei does not speak Chinese fluently but some objects come to her in Chinese. For insance, instead of calling her mom her mother, she calls her mǔqīn. The dialect is also very specific, as the author states she based it on her family’s own dialect. Mei calls her paternal grandparents Nǎinai (grandma) and Yéye (grandpa), her mother is called mǔqīn. The book even features Mei creating her own Chinglish (Chinese and English) words, something many Chinese-Americans may have done in their youth. “For the first eight years of my life, I was not Mei, only bǎobèi to my father, his treasure. And for those same years, he was my bábǐ, the Chinglish word I made up for ‘daddy.’”

American Panda tackles the challenge of keeping traditions alive while also attempting to follow your dreams and passions. Mei struggles to appease both herself, a first-gen Taiwanese-American, and her parents, who are both immigrants. American Panda gives Mei the space to explore her creativity and love for the arts, and to break away from the harmful Model Minority Myth that often stereotypes Asians into being emotionless, backwards thinking, and only into STEM. The story shows a diverse cast of Asian characters. Darren, for example, is in STEM but expresses a desire to go into research or academia. Ying-Na, the cautionary tale of Mei’s local Chinese community, becomes a comedian. Nicolette, her roommate, is sexually active and confident in her sexuality but isn’t submissive like the Lotus Flower stereotype.

While American Panda allows for diversity within the Asian culture, it does not accurately capture the Chinese-American experience. It leaves out the reality of being in a country that has a history of anti-Asian racism and also focuses solely on East Asians. Despite this, the story validates Mei’s feelings of suffocation by her culture and ultimately gives her an ending where she can meet in the middle while getting everything she wants. Readers who want a cute love story, a story about college antics, and/or want to learn more about the Chinese-American experience should read American Panda.

“Suddenly I saw the spectrum they represented. It had been right before my eyes, but I hadn’t seen―or more accurately, had refused to see. Before, I had blamed my culture, but that wasn’t the problem. It was so much more complicated than that. It was a clashing of personalities and interpretations of cultures. How would my parents and I ever find a solution to this impossible mix of opposing ideals and desires?” Mei Lu. ― American Panda