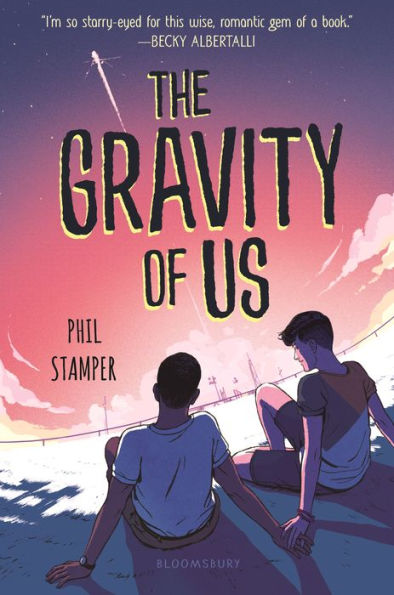 Cal has his life figured out. He loves living in Brooklyn, where he has friends and a plan. He’s gaining views for his live reporting on the social media app FlashFame, and his journalism career is about to take off with a major internship. But all of this turns upside down when his father—Cal Senior—receives word that his application to NASA has been accepted. Cal’s father is slated to be on the upcoming Mars mission, and their family must relocate to an idyllic small town in Texas where all the astronaut families live.

While he’s upset to lose his internship, Cal soon realizes that he still has the chance to hone his journalism skills. A reality TV network called StarWatch has exclusive control over the narrative around the space program—and therefore the related public interest and government funding. Instead of focusing on the fascinating science of the upcoming Mars mission, StarWatch documents the lives of the astronaut families solely for manufactured drama. When Cal decides to keep live-streaming his own experiences, he becomes an opponent of StarWatch, who are obsessive about their tight control over the astronauts’ public images. Soon, Cal finds himself caught up in the world of high-stakes publicity. He tries to portray his family and the rest of the astronaut families truthfully and honestly, while multiple media forces vie for public interest.

Romance happens when Cal meets and immediately is enamored with another astronaut’s son, Leon. Leon, an ex-star gymnast, suffers from depression and is reluctant to enter into a relationship with someone who thinks he can “fix him.” Cal and Leon immediately have chemistry, but before they finally instigate a real relationship, they try to understand each other and respect each other’s needs.

The Gravity of Us promises a space-centered story but delivers a story that’s more focused on PR and social media journalism than a future Mars mission. While Cal is determined to make the public care about NASA for the science, readers may find that they still don’t get to see as much science as they want. Readers looking for an ultra-realistic view of NASA’s operations, like in The Martian, will be disappointed. Many fascinating logistical aspects of space missions—such as astronauts’ rigorous psychological testing and training—are swept aside or ignored.

The romance is cute but hollow. Cal and Leon have no barriers separating them except for Leon’s depression, which is never really given the attention it needs to be a fully effective aspect of the plot. The main conflict between them is that Cal is concerned that Leon doesn’t know what to do after he graduates from high school. In the end, Leon tells Cal that he’s figured out what he wants to do. It’s anti-climactic and may disappoint readers who want reassurance that they don’t have to have their lives figured out at eighteen.

Overall, The Gravity of Us has little of the gravitational pull promised. While it draws on the images of outer space in its title and cover, the book uses a vague portrayal of NASA to show an ordinary teen romance.