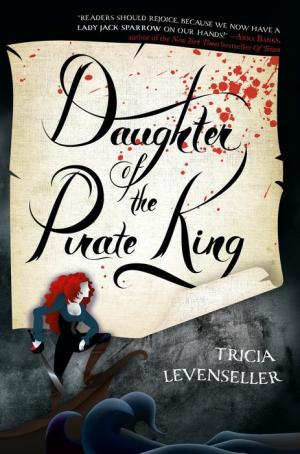 "I value brilliant minds, honest souls, and those with long endurance. I forge relationships based on trust and mutual respect, not fear and control," Alosa. –Daughter of the Pirate King

Daughter of the Pirate King #1

Sent on a mission to retrieve an ancient hidden map—the key to a legendary treasure trove—seventeen-year-old pirate captain, Alosa, deliberately allows herself to be captured by her enemies, giving her the perfect opportunity to search their ship.

More than a match for the ruthless pirate crew, Alosa has only one thing standing between her and the map: her captor, the unexpectedly clever and unfairly attractive first mate, Riden. But not to worry, for Alosa has a few tricks up her sleeve, and no lone pirate can stop the daughter of the Pirate King.

Alosa is an interesting protagonist who wants others to think that she has no morals; however, she isn’t a completely vicious pirate. Even though she talks about the countless men she has killed, when she takes the crew of the Night Farer captive, she only kills those who are cruel and depraved. She lets the young pirates go and takes several of the pirates on as crew members. Plus, she doesn’t allow anyone to kill Riden’s brother, Draxen, because she doesn’t want to cause Riden pain.

Alosa’s only weakness is her loyalty to her father, who is cruel beyond measure. She wants to make the Pirate King proud, but her main motivation is her fear of being punished. Alosa’s desire to please her father is implausible especially because his “training” was torturous and cruel. Even though the Pirate King does not appear in Daughter of the Pirate King, his influence continues to guide Alosa’s actions.

Daughter of the Pirate King is a fast-paced story that gives the reader a window into the pirate world. Despite this, none of the pirates are typical. Instead, the cast of characters is unique and shows that even in the pirate world some are despicable, and some are honorable. While Alosa’s female crewmembers do not appear often, they demonstrate the value of honesty, loyalty, and friendship. Plus, Riden adds a dash of romance, and the banter between Alosa and Riden is a lot of fun.

Full of twists, turns, and betrayals, Daughter of the Pirate King will keep readers interested until the very end. However, the pirate’s life is full of violence and the book does not shy away from graphic descriptions of bloody fights. If you’re a swashbuckler ready for adventure, you will have a hard time putting Daughter of the Pirate King down. However, if you’re looking for an excellent pirate book with a little less violence, Piratica by Tanith Lee would be an excellent choice.

"I value brilliant minds, honest souls, and those with long endurance. I forge relationships based on trust and mutual respect, not fear and control," Alosa. –Daughter of the Pirate King