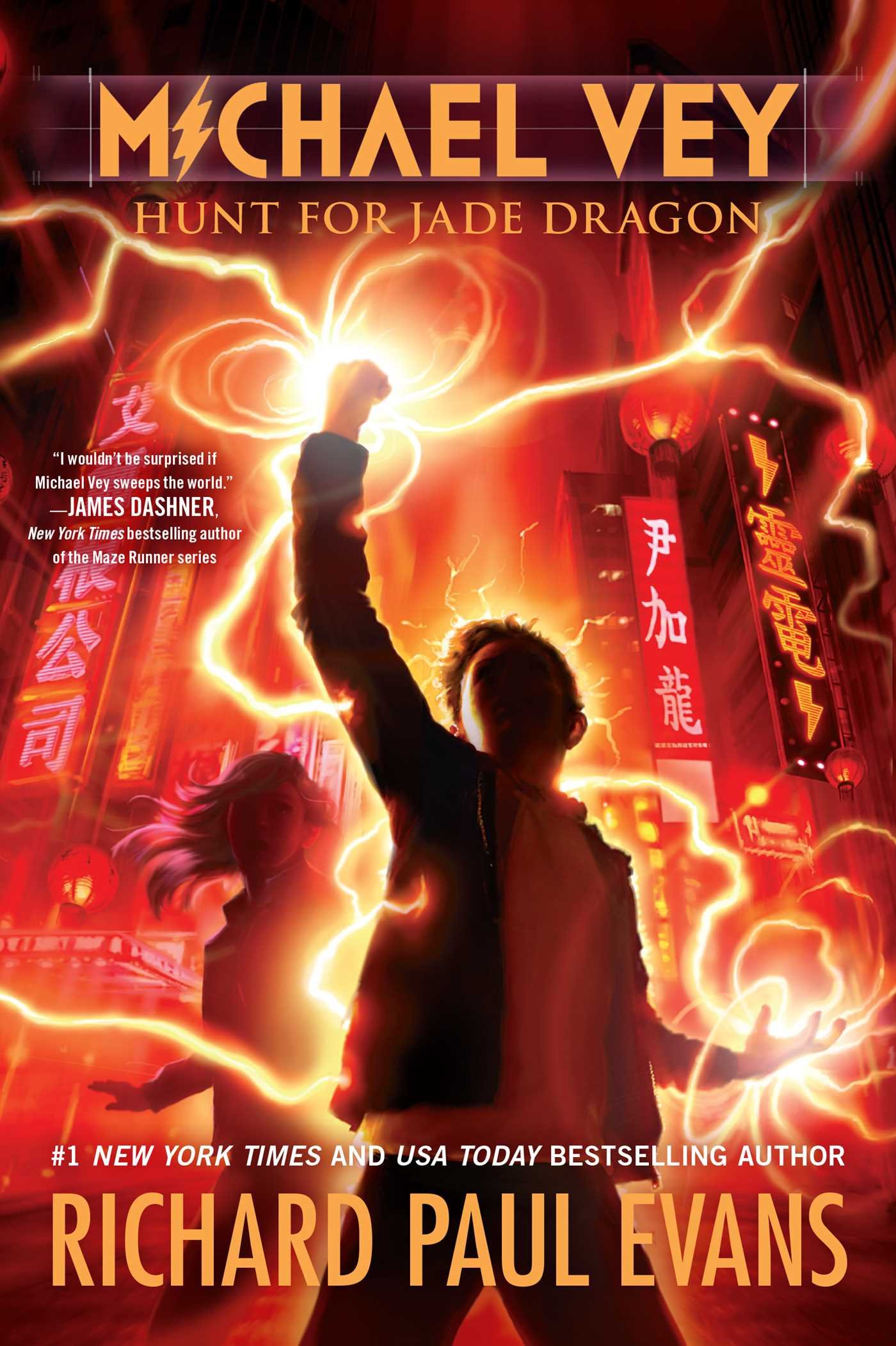 “It’s easy to place people in black-and-white categories of good or bad, but the truth is there’s a lot of both in all of us,” Sharon Vey. –Hunt for Jade Dragon

After sinking the Ampere, the reunited Electroclan travels to Taiwan to rescue an autistic savant named Jade Dragon, who has solved the Elgen formula for replicating the electric children. The Elgen want to use the formula to create a race of electric superhumans, enslaving the normal human population to do their bidding. Jade Dragon is heavily guarded within the most secure Starxource plant in the world, and the Electroclan has lost their element of surprise. Hatch knows the Electroclan plans to rescue Jade Dragon and has concentrated much of his force in Taiwan to combat them.

Yet, the most challenging aspect for Michael in this book is the repercussions of fighting an all-out war against the Elgen. Sticking to the right choice isn’t so easy when other lives become casualties—like Wade and the crew of the Ampere who died when it sunk. Despite the Electroclan’s efforts to stop Hatch’s evil schemes, they have been branded terrorists. Simon, one of the resistance’s leaders, reminds Michael of a difficult lesson, “As you saw in Peru, you were not celebrated for liberating their country—you were demonized. That is often the way of heroes. Heroes are heroes precisely because they are willing to do what everyone else won’t—oppose the popular voice. But we will know what you have done. And in your heart, so will you.”

Hunt for Jade Dragon is not as action-packed as the previous books. Most of the novel covers the logistics of traveling to Taiwan and rescuing Jade Dragon. The focus on the capture and backup plans may be hard to follow at times. The book takes on a more “war-like” feel as the Electroclan use their powers to take down Hatch’s vast network of soldiers and artillery. This book moves the Electroclan’s battle from a personal scale to a global one, which may make it less relatable to readers.

Nevertheless, the story deepens the character development as the characters continue to reflect on Wade’s death. In addition, the Electroclan makes a stop in California to bring Nichelle with them. Most of them hate her due to the way she used to torment them in the academy, but their willingness to forgive her shows how two enemies can become allies against a greater evil. While Hunt for Jade Dragon can feel like a repeat of the break-in, rescue, break-out plot from the earlier Michael Vey novels, the character development that Michael and the rest of the Electroclan undergo is the true heart of this story.

“It’s easy to place people in black-and-white categories of good or bad, but the truth is there’s a lot of both in all of us,” Sharon Vey. –Hunt for Jade Dragon