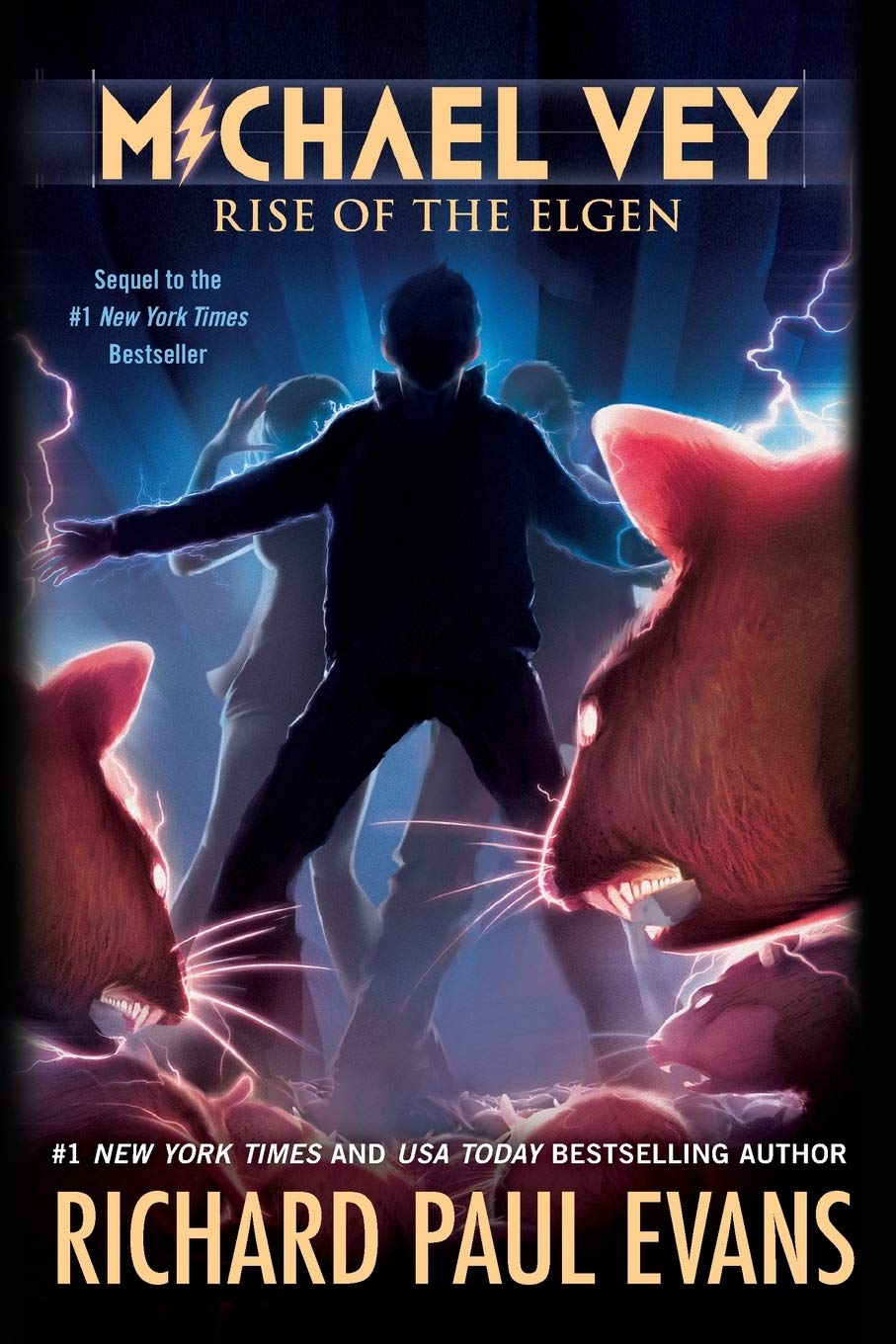 “I believe in what I have to do. That’s what matters,” Michael Vey. –Michael Vey: Rise of the Elgen

After escaping the Elgen Academy, Michael Vey and his Electroclan return to Idaho to figure out their next step: going to Peru to rescue Michael’s mother who is imprisoned in the Elgen’s Starxource electricity plant. Meanwhile, the evil Dr. Hatch has gone rogue after the Elgen board decides his electric children should be sent back to their normal lives.

In secrecy, Hatch calls thousands of Elgen guards to the plant in Peru in order to brainwash them into becoming his army. His plan is to spread a new form of renewable energy, created by electric rats. Michael quickly deduces, “If the world became dependent on Elgen energy, the Elgen would control the world.” Michael and the rest of the Electroclan aren’t about to let that happen. The confrontation is bound to be shocking.

The second installment of the Michael Vey Series picks up almost immediately after the first. The reader joins Michael and his friends on an action-packed adventure through the Peruvian jungles. This book focuses on loyalty and bravery, as sacrifices and trust are essential in carrying out the rescue plan. In addition, Michael learns that he and his friends are not alone—they have allies that also wish to see the Elgen fall. Nevertheless, the pressure is on Michael and his friends as Hatch continues to hunt them.

Rise of the Elgen is more methodical than The Prisoner of Cell 25 as it focuses on the infiltration plan and multiple escapes from Hatch’s grasp. Because of the risk, sometimes Michael considers that he might die along the way. The threat of death and capture may be difficult for young readers to relate to, although they will admire Michael’s dedication and his loyalty to his friends. Michael thinks, “the only thing worse than dying would be to watch everyone I loved suffer and die too.” Michael’s unfailing selflessness makes the risk worth it – he is willing to die if it means his loved ones and the world can be free from the evil Elgen corporation.

The fast-paced story is thrilling and showcases some of the characters in greater depth, such as Ostin, who gets a few moments to shine with his intellect, and Michael, who struggles with leading the Electroclan into danger. After finishing the story, the reader knows that Michael’s conflicts are far from over. Though he escapes the compound and successfully rescues his mother, Michael is still separated from his friends. Michael fears that the Elgen corporation will keep hunting them until the Electroclan joins their side. Michael’s fight for his friends – and now the world – to live free of the Elgen’s grasp makes this story a must-read. In the face of these odds, Michael is not always a fearless leader, but is often torn between his responsibility to protect his family and his so-called destiny as one of Hatch’s elite electric creations. This conflict makes his character genuine and relatable to anyone who struggles with the pressure of growing up. Though Hatch would say that Michael deserves to rule the world beside him, Michael’s humility and open heart proves that he is just like the rest of us.

“I believe in what I have to do. That’s what matters,” Michael Vey. –Michael Vey: Rise of the Elgen