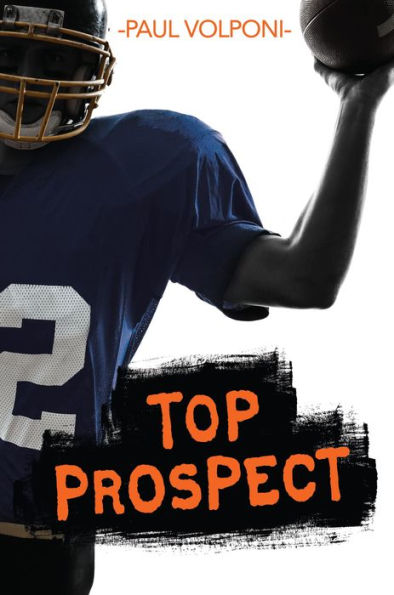 “For the rest of the game, I had one eye on the clock, wishing it could slow down. I want to stay on that field forever,” Travis. —Top Prospect

Travis is starstruck when Elvis Goddard, head coach for the Gainesville Fighting Gators, comes to his house to offer his older brother, Carter, a football scholarship. Carter isn’t the only one who gets an offer.  When Coach G sees Travis’s talent as a quarterback, the coach offers him a scholarship even though he’s just an eighth-grader. This once-in-a-lifetime offer turns Travis into an overnight sensation, landing him VIP access to the Gainesville University gym and football field, an interview with ESPN, and instant popularity at school.

Meanwhile, Carter is learning the ropes of being a college football player. He and his roommate, Alex, start part-time jobs at a car dealership under the guidance of Walter Henry. Walter secretly gives Carter hundreds of dollars, something for which the Gainesville team has already been investigated. Carter feels guilty but accepts the money. When Alex tears his ACL in a football game, he miraculously recovers.  Alex confesses that he is taking steroids to help his healing process. Although Carter doesn’t agree with Alex’s decision, Carter promises to keep it a secret.

Back home, as Travis graduates eighth grade and enters high school, the pressure of keeping a scholarship gets more intense. He is chosen as the high school quarterback, but he feels used because the coach just wants a job at Gainesville University. For the three players, everything is going according to plan until Alex collapses from an apparent heart failure at a football practice and dies. Carter knows the real reason for Alex’s death—the steroids—but chooses not to tarnish Alex’s name by sharing his secret.

Shaken by Alex’s death, Travis’s skills deteriorate. During a game, Travis injures his elbow and must begin a slow, painful recovery. After a devastating loss of a game that costs Travis’s team the championship, Walter Henry offers Travis steroids. Travis hesitantly accepts the steroids, but he decides to ask for Carter’s advice on whether or not he should take them. Carter, knowing the steroids killed Alex, blows up and attacks Walter. Although Walter is investigated, nothing happens to him; however, Coach Goddard resigns, and Travis’ scholarship is withdrawn. Even though Travis is heartbroken, he is happy to be relieved of the pressure of keeping a scholarship.

Football players and fans will enjoy Top Prospect because it explores different aspects of football. The story explores multiple football issues including steroid use, the never-ending pressure to perform well, and under-the-radar payment from sponsors. Readers will relate to Travis’s, Carter’s, and Alex’s passions for football. However, the games and practices are tediously described, which might bore readers. In an afterword, Paul Volponi recounts a few real-life stories of eighth graders being offered college scholarships that inspired this book.

In addition to football issues, Travis also goes through personal issues. Travis’s parents are divorced, and he has to deal with his dad’s emotional and physical distance. The story is told mostly from Travis’s point of view, but there are also several short chapters from Carter’s perspective. Carter is initially frustrated to always have Travis tailing behind him, but the time they spend together ends up strengthening their relationship. Besides his brotherly bond and love of football, Travis is not a relatable character. He overcomes many conflicts, and he learns not to push himself too hard and to always be honest with Carter. However, Travis does not change as a person. He is self-centered and is never humbled. There is no real plot to the story, and the book ends abruptly. However, Top Prospect will suit older readers looking for a football-intense story.

“For the rest of the game, I had one eye on the clock, wishing it could slow down. I want to stay on that field forever,” Travis. —Top Prospect