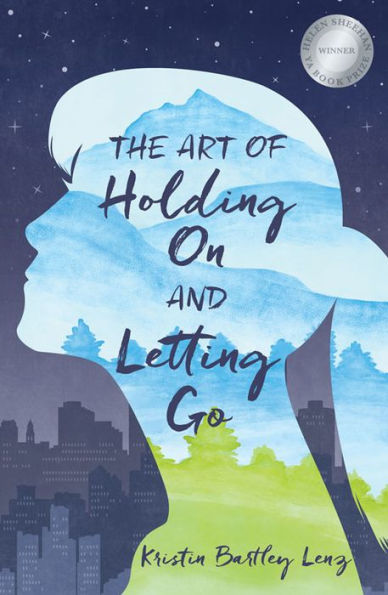 “I was going to have to find my own way back home. To my own wild and precious life,” Cara Jenkins —The Art of Holding On and Letting Go

The Art of Holding On and Letting Go

Cara Jenkins feels that rock climbing is in her blood. Her parents and uncle, famous rock climbers themselves, have raised her as a nomad and a child of the wilderness. But when her parents and uncle go on a climbing trip in Ecuador, tragedy strikes Cara’s life and she is sent to live with her grandparents in Detroit, Michigan—a world away from her usual life in their cabin in California.

Stuck in her grief and in a normal high school, Cara finds herself at a loss without rock climbing and without her parents, who are dealing with the grief of losing their friend, Cara’s uncle. Cara has to learn how to navigate a normal high school, friendships, and the city. But then someone starts leaving notes in her locker, trying to get her to return to climbing. Cara has to figure out how to return to the one thing she loves without it being too painful to bear.

Much of The Art of Holding On and Letting Go is about Cara’s first love: rock climbing. The book delves into the uniqueness of her life and the sport, giving readers a look at something that they may not know much about. Along with rock climbing, the book discusses nature a lot, as Cara and her family read books by famous writers who wrote about nature, including Annie Dillard’s Pilgrim at Tinker Creek and Henry David Thoreau’s Walden. These elements make Cara’s story vivid and unique.

Much of the story focuses on Cara’s loss, not just of people but of places as well. As a person who was raised in nature and led a fairly unconventional life, getting thrown into public school in Detroit and living with her grandparents is a very difficult change for her. Cara makes friends and is able to find a connection with them and her grandparents despite their differences. However, she still longs for her old life. She learns that she can include the old and the new in her life. Although some things can’t be reversed, Cara reconciles her losses with the fact that life is forever changing, and she is able to embrace the good things that have come from moving to Detroit.

The Art of Holding On and Letting Go is a wonderful story that tackles grief, friendship, and nature without feeling preachy. Cara and the rest of the characters feel real, and their story gives a glimpse into the world of rock climbing. Told from Cara’s point of view, rock climbing and themes about grief and loss come to life. Through this story, Cara learns how to live again. This book will surely appeal to nature-lovers and Cara’s story will also resonate with anyone who has ever felt lost in the world.

“I was going to have to find my own way back home. To my own wild and precious life,” Cara Jenkins —The Art of Holding On and Letting Go