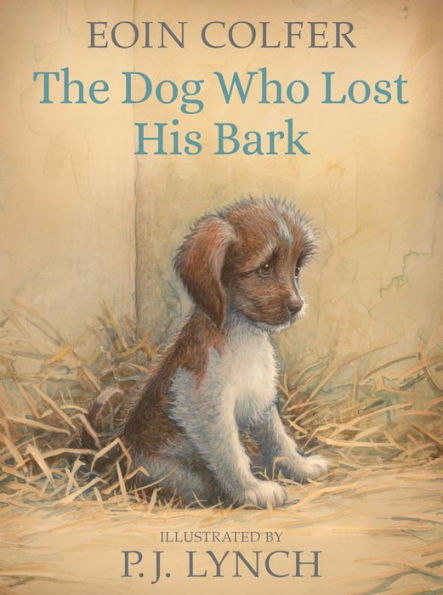 “Grandad winked at his grandson. ‘As they say, bud: music soothes the savage beast. And it looks like it soothes the sad one, too.’” –The Dog Who Lost His Bark

The Dog Who Lost His Bark

Patrick has been desperate for a dog for as long as he can remember. A dog he can play with and talk to. A buddy. A best friend.

In his young puppy life, Oz has suffered at the hands of some bad people. His mother told him that somewhere out there is a boy or girl just for him, but Oz no longer knows who to trust. When Patrick finds Oz, he is determined to coax the frightened little dog’s bark back. Then they can finally both be happy, can’t they?

The Dog Who Lost His Bark is a sweet story about a boy and his dog; however, the story hits some heavy topics. Patrick and his mother are spending the summer at his grandfather’s house. During this time, Patrick continues to ask where he will see his father again. His mother avoids the question until the very end. Then she tells him, Patrick’s father “found someone new for himself in Sydney last year, and she’s coming back with him.” Even though Patrick is clearly distressed with his father’s long absence, neither his mother nor father talk to him about the upcoming changes in his life. The story never resolves the conflict, which leaves the reader with many questions.

When Oz was a puppy, he was taken home by a family that was clearly abusive. Although the story does not describe the abuse in detail, younger readers may become upset when they see Oz mistreated and eventually thrown into a trash heap. Patrick goes to a shelter and chooses to take Oz home. Patrick knows he needs help in order to bring Oz’s bark back, so he consults books. Patrick is kind and patient with the sad puppy. However, when Oz poops in Patrick’s shoe, Patrick doesn’t take him outside or teach him where to go to the bathroom. Instead, Patrick keeps putting clean shoes in the room for Oz to use.

The story uses easy vocabulary and short paragraphs, and explains Oz’s emotions in easy-to-understand terms. Some words run together and are in all caps, such as BADSTUPIDDOG, which may cause some confusion for younger readers. Beautiful charcoal sketches appear on almost every page that convey the character’s emotions. Animal lovers will enjoy The Dog Who Lost His Bark; however, because the story contains animal abuse and parents separating, parents might want to read the story with their child.

“Grandad winked at his grandson. ‘As they say, bud: music soothes the savage beast. And it looks like it soothes the sad one, too.’” –The Dog Who Lost His Bark