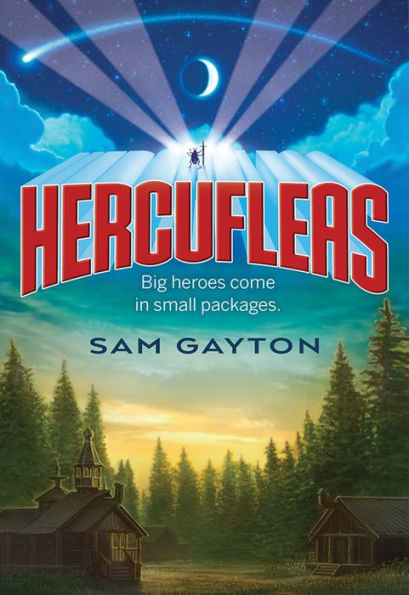 On the night of the new moon, Yuk comes to guzzle the townsfolk. In an effort to save her town, Greta travels to Avalon to find a giant-slaying hero. What she finds instead is Hercufleas. He may be small, but he is (mostly) convinced that he can help Greta.

In an epic adventure, Greta and Hercufleas set off to find the one weapon—the Black Death—that can slay Yuk. As they travel, Greta’s bitterness and despair threaten to overtake her. Can the two figure out a way to save the village? Or will their despair cause the end of Greta’s world?

Hercufleas is a fun-filled fantasy that shows that size doesn’t make a person mighty. Filled with outrageously unique villains, an uncertain hero, and a little girl who doesn’t believe in anything, Hercufleas takes the reader on an adventure that readers will not soon forget. In the end, the reader is left with the message that evil cannot destroy evil, only goodness can.