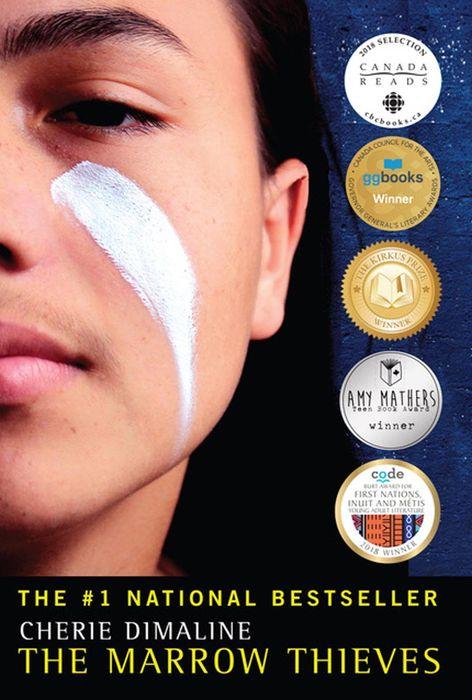 The world has been ruined by global warming. In the destitute landscape of North America, the Indigenous people are being hunted by Recruiters, truancy agents who bring any person of Indigenous descent to the schools where their marrow is extracted at the cost of their lives. Why are they being hunted? Because people of Indigenous descent still have the ability to dream when the rest of the population has lost it. To survive, people have begun to move periodically, to prevent themselves from being sent to the schools where their bone marrow is to be extracted in exchange for their dreams. However, some have taken up the opportunity to betray their own people and turn them in to the Recruiters in order to receive a large sum of money for survival.

Frenchie has escaped from Recruiters after they kidnapped his brother. His father and mother were also taken by Recruiters, thus leaving him as the only one left in his family. In the woods, he is saved by a group of fellow Indigenous survivors. Among them are Miigwans, an older gay man who has escaped from the schools, Minerva, a woman elder who teaches the kids her native Indigenous tongue, Rose, a Black-Indigenous girl who becomes Frenchie’s girlfriend, Wab, a girl with a large scar on her face, and RiRi, a young Indigenous girl whose mother was kidnapped by Recruiters. Each member of the group carries their own story of trauma tied to their Indigenous identity. However, as the years progress and the losses continue to pile up, Frenchie learns that there may be a way to stop the marrow thieves and end this genocide.

The Marrow Thieves is told in a prose narrative style written in the first person. Much of the novel is told from the perspective of Frenchie, an Indigenous boy. This allows for readers to empathize with his emotions of loss and anger as well as demonstrate the horror of Indigenous genocide through the lens of an Indigenous protagonist. Some chapters shift in perspective to provide backstory of certain characters, such as Miigwans and how he lost his husband, or Wab telling the group about her violent backstory. This shift in the narrative style gives the reader the illusion of the character telling the entire group their backstory.

The novel heavily deals with themes about Indigenous genocide and the trauma Indigenous people continue to endure. The story makes many references to past genocides, such as the residential schools run by the Roman Catholic Church whose goal was “to kill the Indian, save the man.” These residential schools killed thousands of Indigenous children during their operations and traumatized millions more when the Church stole their children. While telling the story of how the marrow thieves came about, Miigwans says, “Soon, they needed too many bodies, and they turned to history to show them how to best keep us warehoused, how to best position the culling. That’s when the new residential schools started growing up from the dirt like poisonous brick mushrooms.” The characters in the novel even call the institutions where Indigenous marrow is extracted, the “new residential schools,” following the theme of the cycle of genocide and intergenerational trauma that Indigenous people go through, proving that history is constantly repeating itself.

The Marrow Thieves is a novel with which teenage audiences will empathize. For Indigenous readers, it provides well needed representation with a variety of characters who have unique personalities and identities and validates the trauma they feel. For non-Indigenous readers, it exposes the part of history that is often left out in many countries, particularly in America and Canada. The novel teaches non-Indigenous readers about the genocides Indigenous people have faced and, despite what the school curriculum makes it seem like, they are still facing. They survived.

Some readers may struggle with the flow of the plot as it jumps around between the past and the present, such as the story shifting from Miigwans’s backstory to a chapter jumping forward about 3 years. However, it should be known that many Indigenous writers tell stories in a way that doesn’t fit into the typical Western/European formula most books are written in. The ending of the novel is heartwarming and provides a sense of hope and catharsis for its characters and its Indigenous readers. In its entirety, it validates the feelings of its Indigenous characters and its Indigenous audience, who have, historically, constantly faced invalidation. Non-Indigenous readers who want to learn more about Indigenous history and start diversifying their library, as well as readers who like science fiction, should read The Marrow Thieves.