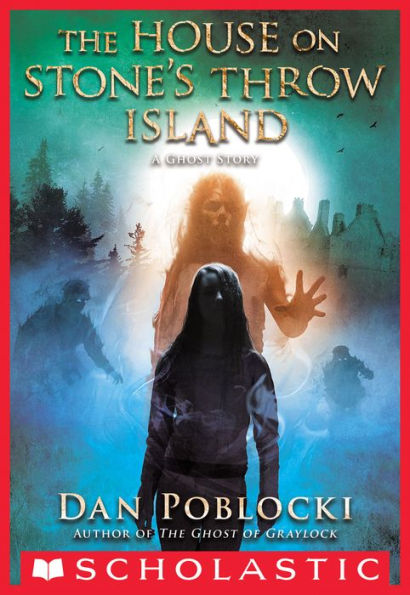 Other books by Dan Poblocki

The House on Stone’s Throw Island

Eli isn’t happy when he boards the ferry to go to Stone Throw’s Island. He’s not looking forward to his sister’s wedding. Even though groom’s sister, Josie, is his age, he doesn’t want to meet her.  In fact, Eli can think of a million things he’d rather do than spend the weekend on a remote island.

Josie feels the same; she doesn’t want to spend time with her soon-to-be brother-in-law. But when a ghost girl enters her room, Josie decides that Eli might be the best person to help figure out who the ghost is and what she wants. As the two try to figure out the secrets of the island, they soon discover that when the dead want revenge, there is little anyone can do to stop them from getting their ghostly desire.

The House on Stone’s Throw Island grabs its readers’ attention in the very beginning and captivate them until the end. Poblocki weaves a wonderful mystery using suspense and vivid descriptions to keep readers wanting more.

Though the story deals with the ghost of a World War II German spy, most of the violence is hinted at rather than described in detail. This allows readers to use their imagination to create their own images of what happened. The story is well crafted and the two main characters, Josie and Eli, are compelling. The House on Stone’s Throw Island is a perfect book for both older and younger readers who want a good scare.

Other books by Dan Poblocki