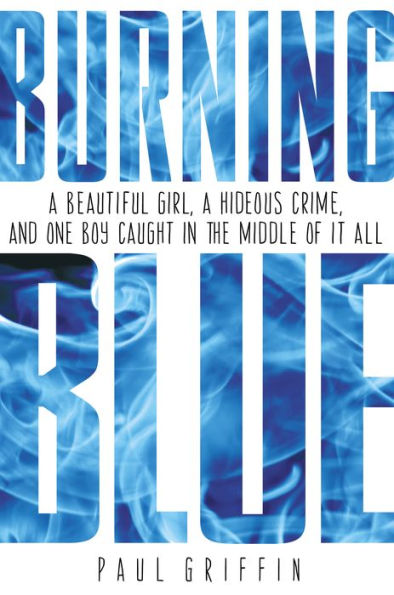 Other books by Paul Griffin

“But can you build a friendship on fear?” Nicole. —Burning Blue

Nicole has it all. She’s rich, beautiful, and popular. When unknown assailant splashes acid onto Nicole’s face, her tragedy is splashed over the national news. As Nicole tries to come to terms with her disfigurement, the reporters follow her trying to get a gruesome picture of her wounds.

Jay has always been a loner. Because of an embarrassing epileptic seizure he had during an assembly, his classmates treat him like a freak. When he sees Nicole’s damaged face, he decides to find out who did it. As he begins to dig for clues, he discovers that Nicole is surprisingly down-to-earth. Jay uses his hacking skills to try to uncover the truth, but this leads him into danger. He realizes that everyone is a suspect—teachers, friends, and even Nicole herself. Can Jay find the assailant before there is another attack?

After a chance meeting in the school counselor’s office, Jay and Nicole form a fragile relationship. Both are trying to deal with an event that has changed the way their classmates see them. Both are trying to figure out how to deal with a difficult situation. The author highlights that people who face trauma do not bounce back immediately. Instead, they need time and therapy to heal their wounds.

Readers will be able to relate to Jay, who not only has a troubled relationship with his father, but also struggles with fitting in with his peers and allows his fear of being embarrassed to control his choices. Because Jay has been the target of other’s mean comments and has faced difficulty because of his epilepsy, Jay has empathy for others. Jay’s hacking abilities give the story an interesting twist. As Jay hunts for clues, the reader will want to continue turning the pages to find out what happens next.

There is never a dull moment in Burning Blue, which has elements of romance, teenage anguish, and high school drama. The wide cast of possible suspects allows the readers to question each person’s motives. The ending contains several surprises and will leave the reader questioning the nature of evil. Teens looking for an action-packed mystery will want to grab Burning Blue. Besides being a highly entertaining story, Burning Blue highlights that appearances can be deceptive. After you’ve read Burning Blue, you may want to check out Griffin’s book Adrift, which is another packed story.

Other books by Paul Griffin

“But can you build a friendship on fear?” Nicole. —Burning Blue