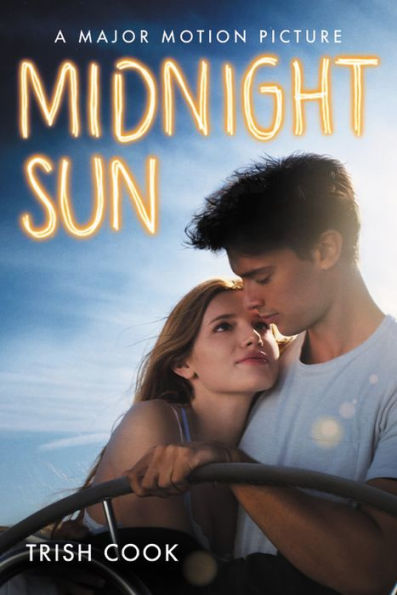 “Look, love is never fair, but this is particularly unfair, like Guinness Book of Records unfair, and so it should stop. It’s done. It’s not you; it’s me,” Morgan. —Midnight Sun

Katie can’t be in the sun. Even the smallest amount of sunlight will cause her great pain because of a rare disease, forcing Katie to sleep during the day and lead an isolated life at night. Her best friend Morgan and her widowed father are her only companions until one night, Katie goes to the train station to play her guitar. As she plays her music, a chance encounter opens her world and her heart.

All-star athlete Charlee Reed thought his life was planned out for him until he met Katie. When he sees Katie playing her guitar, everything changes. He doesn’t know about Katie’s rare disease, but he’s determined to steal her heart.

Midnight Sun’s plot is typical, predictable, and cliché. Despite that, many teens will relate to Katie’s desire to be normal and her struggle to lead a life that matters. Katie’s love interest Charlie—handsome, kind, and generous—is every girl’s dream. The two quickly fall in love and force each other to step out of their comfort zones and follow their dreams.

Midnight Sun follows the same format as The Fault in Our Stars and Me Before You. Romance fans will enjoy this book because of its strong character development. This story encourages readers to follow their dreams and tells them anything is possible. However, the use of cursing and texting abbreviations such as FOMO seems unnecessary. Because of Charlie, Katie seems to accept the progression of her disease and her impending death with little emotion. Although she wonders what death will be like, her acceptance of dying young does not ring true.

Cook missed an opportunity in this novel to focus on the dangers of drinking. Even though Charlie, drunk and foolish, injured himself and lost his scholarship, Charlie still goes to a party and plays beer pong. During the party, drinking to excess is depicted as fun, without much risk. Although this book has some flaws, it is an easy-to-read story that will please readers looking for a character-driven romance.

“Look, love is never fair, but this is particularly unfair, like Guinness Book of Records unfair, and so it should stop. It’s done. It’s not you; it’s me,” Morgan. —Midnight Sun