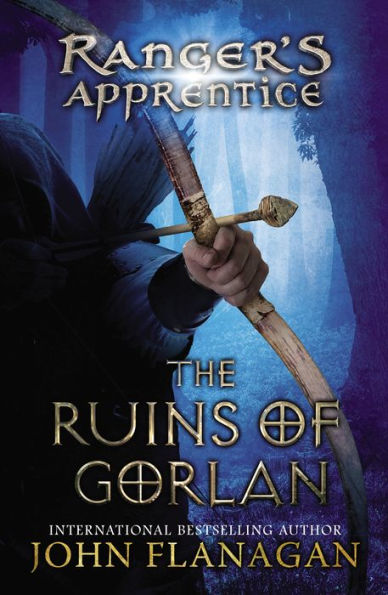 “Once you best a man, never gloat. Be generous and find something in his actions to praise. . . Gloating will only ever make enemies,” Halt. –The Ruins of Gorlan

The Ruins of Gorlan

Will’s only choice is to become a Ranger’s apprentice. The Rangers’ shadowy ways have always made Will nervous. Will doesn’t understand that Rangers are the protectors of the kingdom who fight the battles before the battles reach the people. Halt, a gruff Ranger, begins to train Will, but neither realizes that a large battle is brewing. The exiled Morgarath, Lord of the Mountains of Rain and Night, is gathering his forces for an attack on the kingdom. This time, Morgarath is prepared to win at all costs.

The Ruins of Gorlan paints a vivid and realistic picture of medieval times. As a Ranger’s apprentice, Will learns how to blend into the background in order to gain information; he also learns how to defend himself. Horace, a Battleschool student, is the target of intense bullying. Even though he is training to become a knight and defend the kingdom, Horace falsely believes that bullying is part of Battleschool’s initiation process. The two apprentices’ friendship gradually changes. As the boys begin to understand each other, their relationship evolves into a strong friendship. The story uses a third-person omniscient point of view to focus on Will’s and Horace’s thought processes, which allows the reader to understand their actions.

The Ruins of Gorlan has many positive aspects: well-developed characters, a believable setting, and realistic, exciting conflicts. As the apprentices learn new skills, the reader comes to understand the importance of hard work, perseverance, loyalty, and honor. The male friendships that are forged give the reader insight into the importance of respecting others and never gloating. Because of their training, both Will and Horace learn how to develop their individual strengths. In the end, Will sets his childhood dream aside because he realizes that becoming a Ranger will bring him more happiness and satisfaction.

The story’s long descriptive scenes and advanced vocabulary such as quartering, gyrate, tumult, and debilitating, make The Ruins of Gorlan perfect for strong readers. Full of action, adventure, and boy-bonding, the story will keep the reader’s attention until the very end. With fantastical monsters, honorable characters, and an epic battle at the end, The Ruins of Gorland tells an engaging story while teaching that one should never “judge a man by his position in life.”

“Once you best a man, never gloat. Be generous and find something in his actions to praise. . . Gloating will only ever make enemies,” Halt. –The Ruins of Gorlan