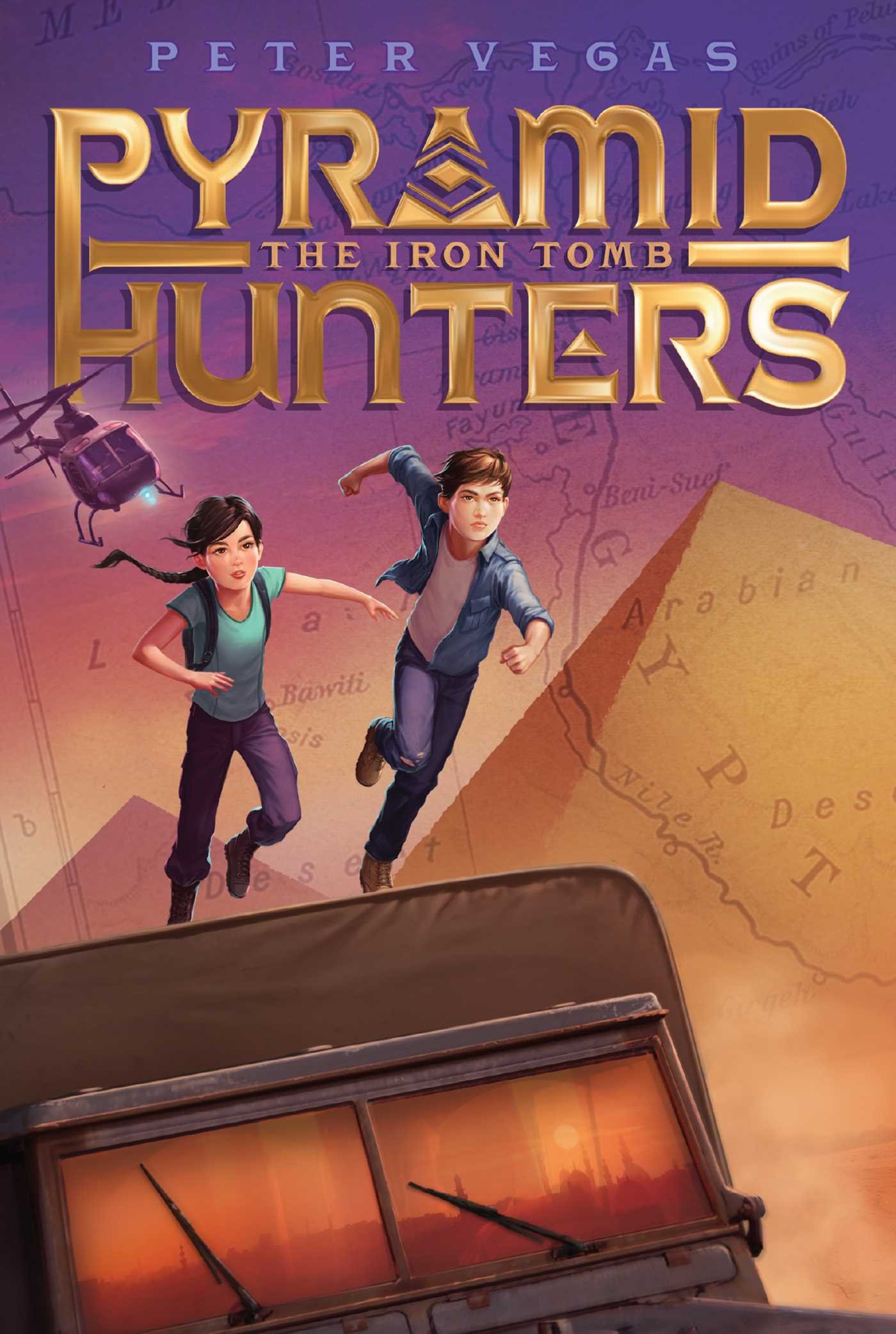 “It had already been a vacation of firsts. First police interview, first escape from the police, and now Sam was going to attempt his first break-in.” –The Iron Tomb

When Sam Force goes to Egypt to spend the summer with his Uncle Jasper, he is ready for the usual vacation filled with museums and lessons about pharaohs and ancient gods. Instead, Sam arrives at the airport and learns that his uncle is missing and wanted by the police.

After narrowly escaping his own arrest, Sam sets off to find his uncle using a series of clues that Jasper left behind. But a group of mysterious men is hot on his trail, and Sam knows they’re willing to do whatever it takes to track down Jasper and whatever he was looking for.

Now all Sam has to do is find him first.

With the help of his new friends, Hadi and Mary, and using knowledge of ancient Egyptian history, Sam makes his way across Egypt determined to find his uncle. And if he does find Jasper before it’s too late, he may also uncover the secret of the Iron Tomb. . . a secret that could change Sam’s life forever.

The Iron Tomb starts off with instant suspense as Sam gets to Egypt and is forced to hide from the police. Since Sam doesn’t know anyone from Egypt, except for his uncle, he must rely on Hadi and Mary, two teens he just met. Despite just meeting them, Sam puts his full trust in them which is unrealistic considering their unusual behavior. For example, Sam is riding in the back of a delivery truck and the police are hot on his trail. Mary suddenly calls and tells Sam to move to the truck’s roof. Then, Mary and her ‘handler,’ fly over the truck in a helicopter and save Sam. Despite this, Sam doesn’t question Mary’s motives until he overhears a phone conversation where Mary reveals that she is sure Sam can lead them to his Uncle Jasper.

Even though many of the events are unrealistic, middle-grade readers will enjoy the non-stop action and unexpected twists. Learning about Egyptian history is a bonus. Black and white pictures are scattered throughout the book. The illustrations show maps and clues, and help readers picture some of the complicated plot points. Readers who enjoy ciphers and deciphering clues will enjoy trying to solve the mystery along with Sam.

Even though The Iron Tomb focuses on the mystery of Jasper’s disappearance, the book doesn’t shy away from bloody violence. For example, when Sam is going through the sewers, two men dump a body into the water and a hoard of rats begins feasting on the corpse. The scene is graphic, bloody, and doesn’t advance the plot. In addition, one man kills another, then drinks his blood in order to survive. The graphic descriptions of violence will upset some readers.

Despite the book’s flaws, readers eager for a dangerous adventure with plenty of surprises will find The Iron Tomb an entertaining read. While Sam is too trusting, he is also a smart, determined boy who doesn’t give up. Sam’s bravery and determination can be admired even though he often makes mistakes. Even though The Iron Tomb solves the mystery of Jasper’s disappearance, the conclusion clearly sets up another mystery that will take Sam to Belize in the second book of the series, Bones of the Sun God. Readers who want to learn more about Egyptian history should trek to the library and also grab a copy of The Curse of King Tut’s Mummy by Kathleen Weidner Zoehfeld. Readers who are up for more action-packed adventure should also read Charlie Thorne and the Curse of Cleopatra by Stuart Gibbs and Addison Cooke and the Treasure of the Incas by Jonathan W. Stokes.

“It had already been a vacation of firsts. First police interview, first escape from the police, and now Sam was going to attempt his first break-in.” –The Iron Tomb