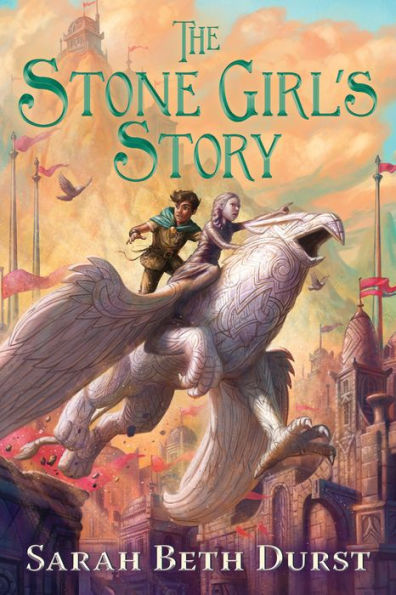 “I thought any girl who’d befriended a dragon had to be worth knowing,” Ilery. —The Stone Girl's Story

Mayka and her stone family have always lived on the mountain. Their father, a stonemason, brought them to life by etching stories onto their bodies. But now that her father is gone, the markings are beginning to fade. Mayka and her two bird friends go in search of a stonemason to recarve the stories.  As she searches, she learns about the complicated history of stone creations. She also must learn which flesh-people can be trusted—because not all humans are good.

Filled with unique, engaging characters—both stone and flesh—The Stone Girl’s Story explores the importance of making your own decisions and writing your own story. With the power of friendship, Mayka helps other stone creations change their stories, and, in the process, they defeat evil. Through her journey, Mayka shows the importance of words; although she lies, she does so for good reason. She also learns the importance of being brave and how to become the heroine in her own story.

Beautiful descriptions bring The Stone Girl’s Story to life. Mayka retells many stories, which makes some of the action less interesting. Although the ending of the story is action-packed and suspenseful, some readers may have a hard time wading through the first half of the book. However, getting to the end of the book is worth the work because of the lessons learned, the exciting climax, and the hopeful resolution.

“I thought any girl who’d befriended a dragon had to be worth knowing,” Ilery. —The Stone Girl's Story