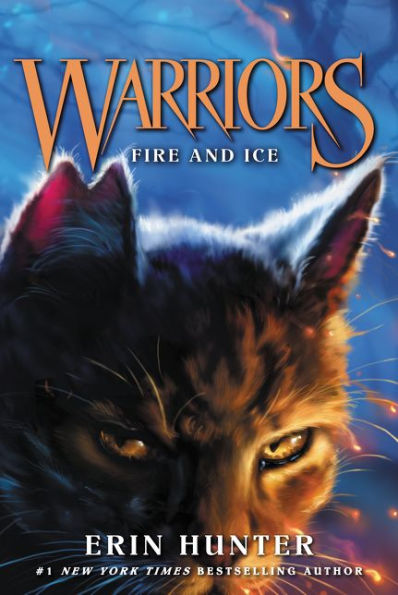 “Beware a warrior you cannot trust,” Spottedleaf. –Fire and Ice

Fireheart has fulfilled his heart’s desire and is now a full member of ThunderClan. Fireheart and his friend Graystripe have their paws full with being newly anointed warriors. But Fireheart cannot forget WindClan’s disappearance. Soon he and Graystripe find themselves on a mission to go find WindClan. It is a perilous journey.

Adding more weight to Fireheart’s shoulders, is Graystripe’s secret romance. The two warriors have been given apprentices, but with Graystripe constantly sneaking off to meet a she-cat from another Clan, Fireheart is forced to train Graystripe’s apprentice in addition to his own. The weight of the world is on Fireheart’s shoulders, tensions are high between the clans, and rogue cats are threatening everything. In this exciting installment of the Warriors series, Fireheart faces not only an imminent battle, but betrayal from within his own Clan.

As the second installment of the Warriors series, Fire and Ice continues from where Into the Wild ended. The book continues to take the reader into the fantasy world of the cat clans. As readers progress through the books, they will become attached to the characters. Even though the story revolves around cats, the characters are relatable and deal with many human conflicts. The cats have to tackle issues relating to loyalty to oneself as well as others. Readers will relate to the characters who feel alone and different from everyone else. Fire and Ice contains mystery, good, evil, secrets, and love.

Fire and Ice matches the previous installment of the Warriors book with action, an important mission, and secret romance, creating a high-stakes story. The plot has several surprising developments. As readers get further introduced to the warrior social hierarchy with Fireheart and Graystripe’s new apprentices, they will fall in love with the characters and identify with them. Get ready for book three, Forest of Secrets, because readers will be clamoring for more after finishing Fire and Ice.

“Beware a warrior you cannot trust,” Spottedleaf. –Fire and Ice