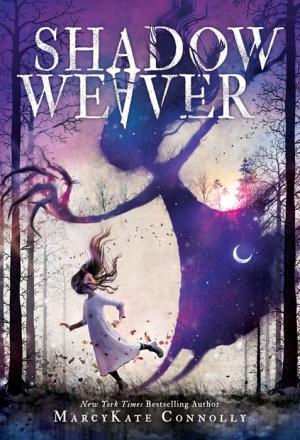 “If they knew what I could do, would they fear me too, or would they be just as kind?” Emmeline. –Shadow Weaver

Emmeline can control and manipulate shadows, and because of her power, people fear Emmeline. However, they also mock her behind her back. Her parents forbid her from leaving their home, so she doesn’t have any friends except for a shadow named Dar. The shadow has been with Emmeline ever since she was little. She and Dar make mischief all the time. One day, Emmeline’s parents have important guests over, and she is told not to play any of her usual pranks. Emmeline disobeys her parents, and it’s the last straw. Lord Tate convinces Emmeline’s parents to let him and Lady Aisling, a noblewoman, teach Emmeline, in her father’s words, “how to be a proper lady”.

After hearing Emmeline vent her worries, Dar asks Emmeline to let her change Lord Tate’s mind, but Emmeline must help Dar with something in return: Emmeline has to help Dar become a human. Dar was not always a shadow; someone killed her and turned her into a lost soul, but, with Emmeline’s help, she could become flesh again. That night, Dar alters Lord Tate’s mind and accidentally puts him into a coma.

The lord’s nephew, Alden, blames Emmeline for Dar’s actions, so Emmeline runs away and meets a boy named Lucas. His family takes her into their home. At first, Emmeline is wary of the family but trusts them after they misdirect the Zinnian soldiers who are looking for her. At the same time, Emmeline begins to doubt Dar, as Dar craves becoming flesh more and more; however, performing the ritual for Dar is the only way for Emmeline to clear her name. Can Emmeline keep her mistrust a secret from Dar, who is always with her?

The story focuses on Emmeline’s perspective, which lets the reader see Emmeline grow and change her prankish behavior. The reader also sees the magic from her point of view, especially when she talks about her connection with the shadows and darkness. Dar is somewhat endearing due to her struggle of being invisible and intangible. However, her switching between being serious and playful drags the story’s pacing to a crawl and does not allow for character development until the last chapters.

Emmeline also learns how to trust herself as well as other people and she becomes less reliant upon Dar. For instance, she thinks to herself that she can trust Lucas and his family because “Lucas trusted me enough to show me how he works with light. And his parents lied to protect me from those guards.”

Shadow Weaver is a story that draws upon the fantastical and magical. Younger readers will like the spellbinding descriptions of Emmeline’s shadow weaving and the fresh take on magic, betrayal, and secrets. Emmeline can be unlikeable at first because she does not care about her parents or the servants. However, she becomes more likable when she meets Lucas’ family, people who are patient and show affection. This is not a scary story about good versus evil, but a fun and suspenseful story about family. Readers who enjoy Shadow Weaver and would like to read more stories about magic should read the Keeper of the Lost Cities Series by Shannon Messenger.

“If they knew what I could do, would they fear me too, or would they be just as kind?” Emmeline. –Shadow Weaver