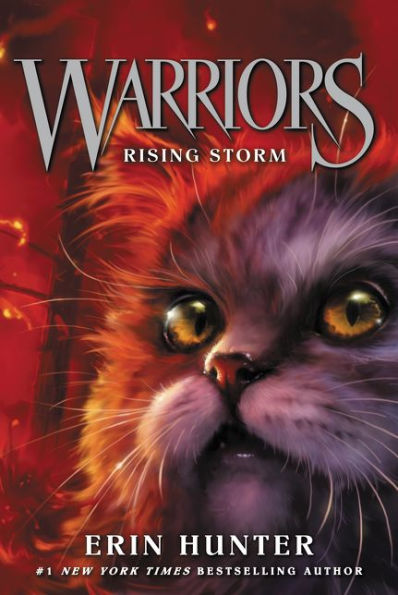 “You can't tell a cat what his heart should feel.” –Rising Storm

Fireheart’s enemy, Tigerclaw, has been exiled from ThunderClan. Even with him gone, the clan is still shaken. Because Fireheart is now the deputy, he has to hold the entire Clan together. No matter how he tries to forget Tigerclaw, he cannot shake the feeling that he is still out there, waiting for the perfect moment to strike. With his apprentice acting up and breaking the code, a major sickness in ShadowClan, and Bluestar on the edge, Fireheart struggles to keep the Clan together.

Along with attacks from different Clans and rouges, ThunderClan is at risk. Bluestar is getting weaker, and with the recent betrayal of Tigerclaw, everyone is worried about her. She is a shell of her former self and is haunted by sinister omens. Everyone knows that a storm is coming. Will Fireheart be able to unite his clan?

Rising Storm picks up immediately after the last book, which is a time of great fear for ThunderClan. The tone of this book is darker, full of suspense and dread of the unknown. Readers will enjoy seeing Fireheart grow into a capable leader and will be anxious to see if Bluestar can regain her confidence, or if she will continue to spiral. One of the best aspects of this book is the constant action, as it’s full of battles, cliffhangers, and plot twists. The ending will leave readers shocked, so make sure you have the next book ready! The drama will continue in The Dangerous Path.

“You can't tell a cat what his heart should feel.” –Rising Storm