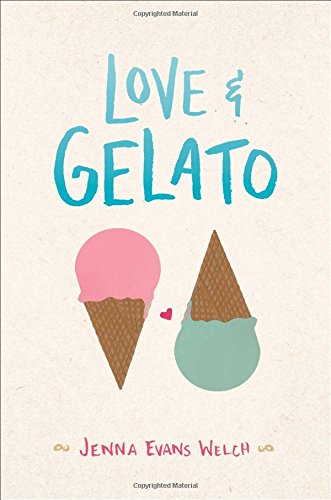 “Everything around me was bright and beautiful and suddenly very clear. I didn’t get to stop missing her. Ever. It was the thing that my life had handed me, and no matter how heavy it was, I was never going to be able to set it down. But that didn’t mean I wasn’t going to be okay. Or even happy,” Lina. —Love & Gelato

Lina Emerson already knows she faced the most challenging moment of her life when her mother suddenly passes from pancreatic cancer. But moving into an Italian WWII cemetery with a stranger claiming to be her father is not exactly going to be a walk in the park either. While navigating her own grief, Lina moves to Florence, Italy to meet Howard Mercer, a man at the center of her mother’s dying wishes.

Lina promises her mother that she will stay in Italy for the summer and the following school year. Lina realizes that Howard is more amicable and fatherly than she initially assumed. This then leads her to two very pressing questions: Why did she not know anything about Howard until now? And, if he is the father he claims to be, is she ready to be his daughter?

Seeking desperately to solve the mysteries in her mother’s past, Lina turns to a journal—the journal her mother filled during her own time in Italy. Following her mother’s puzzling narrative, Lina reads about the events leading up to her mother’s decision to leave Italy and now finds herself in a similar position. While Lina finds love, friendship, and beauty in Italy, just like her mother, she must similarly ask herself— is it best to leave Italy or to stay?

Love & Gelato is a narrative filled with decadent and delicate descriptions of early love, recognized grief, and Italian landscapes filled with the warmth of food and art. Welch so easily captures the tourist avenues through Florence, Italy, while also leading the reader through locations that a first trip to Italy may overlook. Throughout these descriptions, Lina’s bubbly voice and personality shines strong and easily intertwines with her mother’s own backstory. Entries from Lina’s mother’s journal are set intricately alongside Lina’s current adventure in Italy, resulting in a satisfying and touching plotline that transparently demonstrates the way our loved ones walk alongside us even in their deaths. Readers are able to follow the true spectrum of Lina’s grief as it transitions from an insurmountable weight to a memory she finds herself able to carry.

The portions of Love & Gelato that focus on young romance sometimes feel like they conclude too simply and resolve Lina’s challenges with grief too quickly. However, it is because of its lighthearted narrative that Love & Gelato is perfect for someone looking for a sweet and warm story of friendship and newfound adventure.

In building her relationship with Howard and romance with Ren, Lina ultimately shows that family bonds can be forged with anyone, at any time, so long as both people choose to love each other. Though troubling decisions permeate throughout the entirety of Love & Gelato, Lina’s story shows that the decisions we make in our life are always ours to own, and ours to change. Readers looking for more engaging romance stories may enjoy reading Since You’ve Been Gone by Morgan Matson and A Pho Love Story by Loan Le.

“Everything around me was bright and beautiful and suddenly very clear. I didn’t get to stop missing her. Ever. It was the thing that my life had handed me, and no matter how heavy it was, I was never going to be able to set it down. But that didn’t mean I wasn’t going to be okay. Or even happy,” Lina. —Love & Gelato