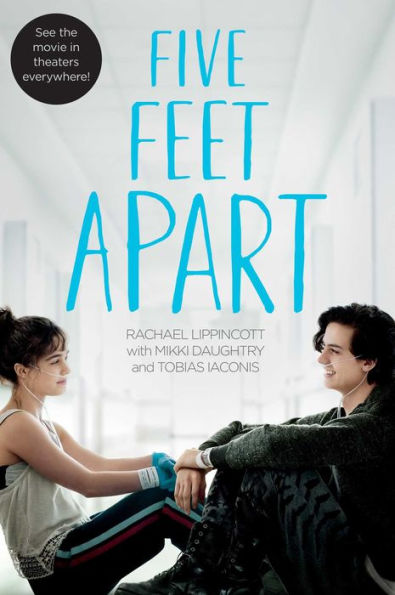 “I’m tired of living without really living. I’m tired of wanting things. We can’t have a lot of things. But we could have this,” Stella. –Five Feet Apart

Stella Grant has cystic fibrosis, making her no stranger to hospitals and surgeries. Despite her precarious lung function, she’s pretty used to being in control. That is until a handsome hospital newcomer, Will Newman, arrives, sending Stella into a whirlwind of feelings she’s never experienced before. Feelings she didn’t think she’d ever get to experience.

Will is bad news for Stella. His floppy black hair and sea-blue eyes are no danger compared to his incredibly aggressive and contagious form of CF, B. Capaecia. Not to mention that he refuses to follow the doctor’s orders or participate fully in his treatments, which drives Stella absolutely mad.

A not-so-classic forbidden love story ensues. Stella and Will must figure out how to navigate their relationship while maintaining their required distance apart. With their feelings growing and changing, those five feet apart began to feel larger and larger.

Five Feet Apart is a sweet romance with elements of fierce friendship and family turmoil. Stella and Will start out seeing each other as complete opposites but come to realize they have a lot in common. The most important thing they discover is how much they care for one another. Five Feet Apart is not only informative about Cystic Fibrosis, but also witty and entertaining.

Teens will be drawn into the character’s drama right from the start. Both Will and Stella are likable characters, who have their quirks and unique attributes. The story alternates between Will and Stella’s point of view, which makes it hard not to feel for and relate to both characters.

Following the same type of formulas as The Fault in Our Stars and Everything, Everything, Lippincott delivers an emotional, easy-to-read novel chronicling young love. Even though the story’s plot is familiar, Five Feet Apart is worth reading because it describes not only the common turmoil of teenage romance but also puts these commonplace emotions in an uncommon setting, which makes the story thought-provoking and fresh. Romantic and heartwarming to the extreme, this book will command the reader’s attention from start to finish.

“I’m tired of living without really living. I’m tired of wanting things. We can’t have a lot of things. But we could have this,” Stella. –Five Feet Apart