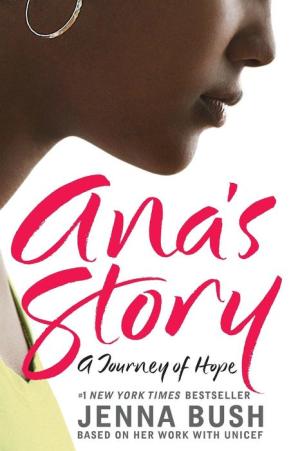 “Ana understood now that the truth was always better than secrets or lies. Before she had told anyone about her illness, Ana felt powerless and alone. Now she realized that it didn’t have to be a secret; it was part of her, but it didn’t have to control her. She was free to live her life as fully and responsibly as she could.” –Ana’s Story: A Journey of Hope

Ana’s Story: A Journey of Hope

For much of her youth, Ana’s life consisted of secrets. Her Abuela, who took care of her after her mother died, warned Ana never to tell anyone the truth about herself – the truth that she was HIV positive. Ana clung to her grandmother’s words despite the fear and isolation secrecy brought. Although she was infected as an infant, Ana did not fully understand the virus and what it meant to live with HIV, but Ana listened to her grandmother and “did what she was told. She accepted her life at face value.” Ana kept the secret of her HIV and the death of her Mamá and baby sister, Lucía, who both died of the virus, to herself, dwelling in the loneliness her dangerous secret produced.

After her father’s death when she was about eleven years old, Ana had to learn how to grow up quickly. She promised her Papá she would protect her little sister Isabel, but this proved difficult as her Abuela’s home was far from a safe place. Ana and her sister endured sexual abuse from their Abuela’s boyfriend, Ernesto, and when Ana tried to tell the truth to her grandmother, she was beaten. After addressing her abuse in a letter to the Church, the police arrived to remove Ana and Isabel from their Abuela’s house.

Ana and her sister went to live with their great-aunt Sonia and her family but had little luck finding love and comfort there. Although Isabel was better at staying quiet and invisible, Ana, with her rambunctious spirit, was often fighting with her family and suffered more beatings and abuse. Ana preferred the company of her trusted friend, Yolanda, and Yolanda’s mother, who accepted Ana as her own daughter. With the help of a trusted teacher, who witnessed Ana’s bruised arms and sad eyes, Ana was moved out of her great-aunt Sonia’s house to a reform center. Unfortunately, this meant she had to leave her sister, Isabel, behind.

At the center, Ana met Berto and the two instantly clicked. They found comfort in their similar journeys. Both had lost their parents, and both were HIV positive. Eventually, Berto and Ana were moved to a home for people living with AIDS. Living at the house was the first time Ana really felt comfortable talking about her HIV. For once, Ana did not have to feel the shame or burden of her secret; instead, she was loved and accepted. Ana learned more about HIV and how to protect herself and others. Feeling safe at her new home, Ana and Berto fell in love, and although she was told to always use condoms, the two neglected protection for one night and Ana found herself pregnant at the age of seventeen.

Rather than feeling burdened by the pregnancy and having to quit school, Ana found hope with the birth of her daughter, Beatriz. Ana was determined to raise her with all the love and support that Ana was denied. After Beatriz was born, Ana moved into her Aunt Aída’s house and reconnected with her family, including Isabel. Although Ana and Berto eventually drifted apart, Ana continued to raise her daughter with unconditional love. Ana took every precaution during and after birth to protect her daughter from HIV.

Ana’s Story: A Journey of Hope was inspired by Jenna Bush’s experience working with UNICEF in Latin America and the Caribbean and the amazing children she met. Bush adapts a genuine and personal tone while telling Ana’s story, and even though Ana faced many difficult moments in her life, her journey is thoroughly uplifting and inspiring. The book is written in a way that allows young readers to understand the gravity of Ana’s situation while also acknowledging the hope that permeates her life. Although the book ends abruptly before Beatriz’s final HIV test, Bush assures readers Ana’s story is far from over.

By sharing Ana’s story, Bush teaches the importance of hope. Although Ana’s journey seems dark and tumultuous at times, Ana stays optimistic, doing all she can to give her child and herself a better life. Ana’s story also serves to inform readers about HIV and AIDS in the hopes of breaking the stigmatization of those living with the virus. While Ana is HIV positive and takes medicine daily to protect her health, she does not let the virus define her. At the end of the book, Bush includes multiple resources on HIV/AIDS, safe sex practices, ways to prevent sexual abuse and bullying, and other useful information about volunteering and helping children, like Ana. The book is intended to inspire others to make changes, big or small, to better communities around the world.

“Ana understood now that the truth was always better than secrets or lies. Before she had told anyone about her illness, Ana felt powerless and alone. Now she realized that it didn’t have to be a secret; it was part of her, but it didn’t have to control her. She was free to live her life as fully and responsibly as she could.” –Ana’s Story: A Journey of Hope