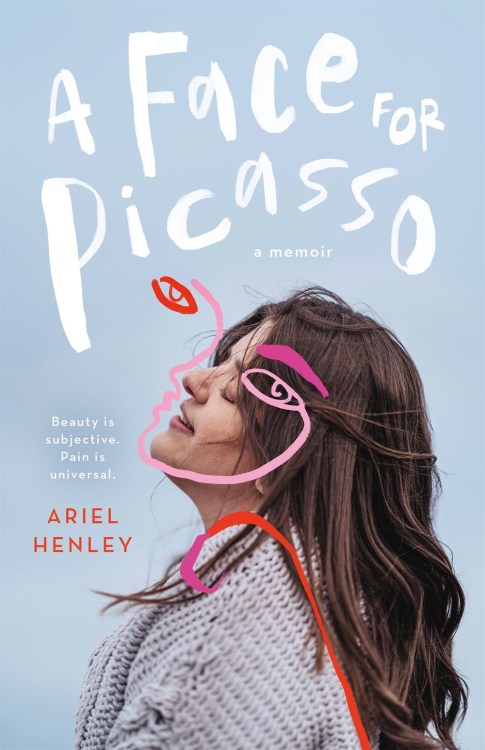 “I believe we could paint a better world if we learned how to see from all perspectives, as many perspectives as we possibly could. Because diversity is strength. Difference is a teacher,” Hannah Gadsby. –A Face for Picasso

There was danger in the kind of beauty I was desperate to achieve.

At only eight months old, identical twin sisters Ariel and Zan were diagnosed with Crouzon syndrome — a rare condition where the bones in the head fuse prematurely. They were the first twins known to survive it.

Growing up, Ariel and her sister endured numerous appearance-altering procedures to keep them alive. Doctors expanded the twins’ skulls and broke bones to make room for their growing organs. After each surgery, the sisters felt like strangers to each other, unable to recognize themselves in the mirror. Their case attracted international attention. A French fashion magazine said Ariel and Zan “resembled the words of Picasso,” as if they were abstract paintings, not girls just trying to survive.

Later, plastic surgeons cut and trimmed, and tugged their faces toward a tenuous aesthetic ideal. The girls dreamed of appearing “beautiful” but would settle for “normal.”

Fighting for acceptance was a daily chore. Between besting middle school bullies, becoming a cheerleader in high school, and finding her literary voice in college, Ariel learned to navigate a beauty-obsessed world with a facial disfigurement to become the woman she is today.

Ariel’s story is spellbinding and heart-wrenching. While Ariel’s story is not pretty, she brings to light what it means to live with a facial disfigurement. Not only did she and her sister have to deal with the excruciating pain of countless surgeries, but they also had to deal with the cruelty of those around them. From an early age, Ariel had to deal with constant painful encounters with children, teachers, and adults. Ariel said, “the everyday stares, comments, and subhuman treatment were constant reminders of our painful medical history and perceived shortcomings. We were treated as less attractive, less intelligent, and less worthy of basic respect.”

In her memoir, Ariel uses the backdrop of Picasso’s life to help explain how she and her sister were dehumanized. Ariel connects her experiences with Picasso’s work and his hate for women. While the connection is clear, the long descriptions of Picasso’s behavior become tedious. Another negative aspect of the story is that Ariel talks about her obsession with food but does not fully explain how her eating disorder fits into her overall story.

Readers who want a fun, fluffy YA novel should steer away from A Face for Picasso which is an honest memoir about how society’s beauty standards can affect someone who has a deformity. Ariel does not gloss over the painful surgeries, the cruelty of peers or the constant desire to be normal. By reading A Face for Picasso, readers will see how silence can be just as painful as spoken cruelty. Ariel’s memoir will help readers be more compassionate and kinder human beings and hopefully will make them rethink society’s focus on beauty.

“I believe we could paint a better world if we learned how to see from all perspectives, as many perspectives as we possibly could. Because diversity is strength. Difference is a teacher,” Hannah Gadsby. –A Face for Picasso