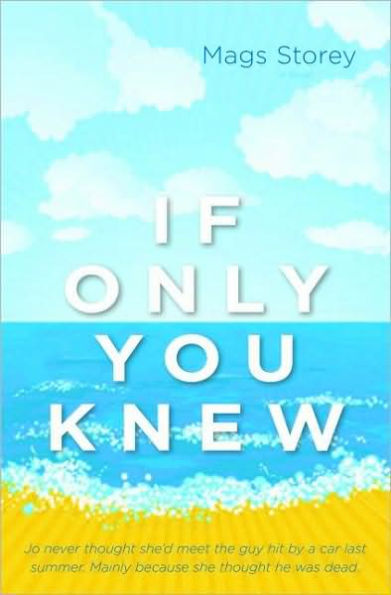 If Only You Knew

Summer love isn’t supposed to be complicated. But then Joe meets two great-looking guys on the same day, and her life gets complicated fast. One guy makes her heart skip a beat, but can he be trusted? The other guy is trustworthy and totally outrageous, but is he still hung up on his crazy ex-girlfriend? With both guys demanding her attention, Jo’s not sure who to trust with her heart.

Then in a strange turn of events, someone begins stalking Jo, and she wonders if it’s connected to the horrible accident she witnessed last summer. With her life in danger, she’s not sure who she can trust. And to make matters worse, she has no job, no future plans, and no idea what her next steps should be.

At the beginning of the book, Jo’s story is slow-paced. However, suspense is added when Jo tries to solve the mystery of the accident she witnessed. Jo is a loveable character who many teens will be able to relate to—she is confused about life, love, and her place in this world. The ending leaves the reader with a surprising, sweet, and satisfactory conclusion.

Some readers may be turned off when the pastor in the book spends two to three pages preaching about the Bible. However, the characters in the book do not come off as preachy, perfect people, but as regular people—some who have a firm belief in God, and others who question God’s motives.