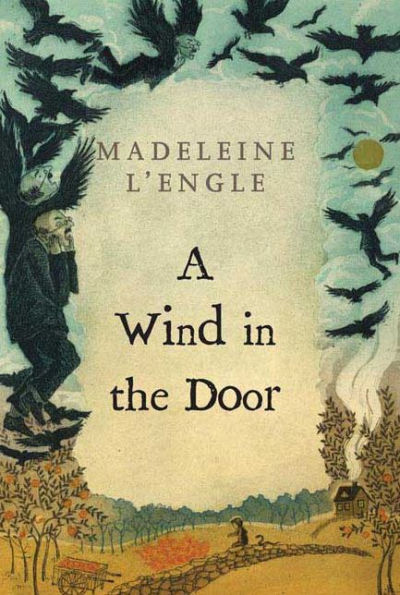 “You see, Meg! They were here! My dragons were here!” Charles Wallace. –A Wind in the Door

A Wind in the Door

When six-year-old Charles Wallace tells his sister he’s found dragons in the pasture, Meg doesn’t want to believe him. But lo and behold, Meg and her friend Calvin discover the enormous creature with hundreds of wings and thousands of eyes. A giant man claiming to be their Teacher tells them the dragons—which are really one creature, a cherubim—is one of their classmates. They’ve been brought together because evil creatures called Echthroi are trying to destroy creation—from the largest stars down to the tiny mitochondria in Charles Wallace’s cells. With her brother’s life on the line, Meg must learn how to love even her enemies or the Echthroi will succeed in destroying her brother and perhaps all of creation.

Once again Meg complains and resists the tasks that are given her, but she rises in the end and learns how to look for the good in people even if she doesn’t like them. A Wind in the Door is more complex than A Wrinkle in Time and may be confusing for younger readers as it deals with mitochondria and the relativity of space and size. Still, for readers able to grasps its more complex topics, A Wind in the Door is a fun read that imparts the importance of loving your enemies and looking for the good in everyone. While A Wind in the Door doesn’t discuss religion directly, its storyline and themes are allegorical. For instance, the cherubim and Teacher explain that there is a battle between life and darkness, and to save Charles Wallace the children must protect the ‘song of creation’ from evil forces that would disrupt it.

A Wind in the Door is not a science book, but it does combine quantum physicals and biology to show that people are galaxies unto themselves. In order to accomplish this, the main character is reduced to the molecular level, which is made believable through L’Engle’s use of imagery. Besides being an interesting story, the reader learns about the importance of compassion, friendship, and love. Anyone who is interested in learning more about the nature of human relationships should read A Wind in the Door.

“You see, Meg! They were here! My dragons were here!” Charles Wallace. –A Wind in the Door