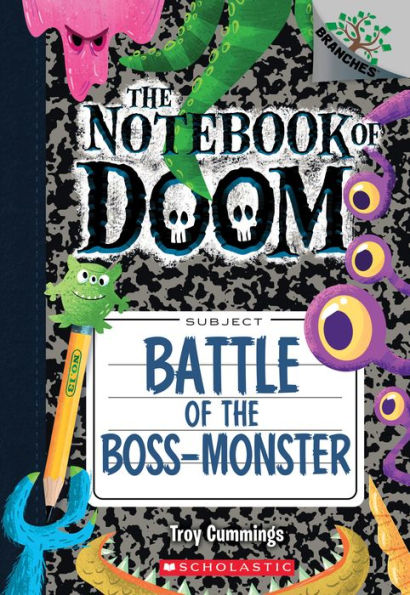 The Super Secret Monster Patrol must fight in the ultimate battle against the boss-monster. Alexander, Rip, and Nikki need to find the boss monster, who has stolen the S.S.M.P.’s notebook. Unlike previous times, the S.S.M.P will have to battle an army of monsters. Will the S.S.M.P. be able to save Stermont from the boss-monster?

Young readers will love the next installment of The Notebook of Doom, Battle of the Boss Monster.  Filled with illustrations that are more silly than scary, children of all ages will have fun reading about the S.S.M.P’s battle. If readers have not read previous books from the series, some of the events in Battle of the Boss Monster will be confusing.  The Notebook of Doom Series will be more enjoyable if read in sequence.