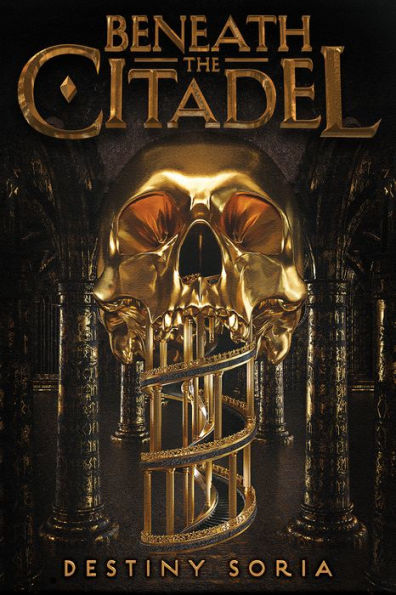 “I thought you would have figured out by now that all I bring to the table is an endless supply of irrationality and sarcasm.” - Cassa

Prophecies have ruled the city of Eldra for centuries. With each new prophecy, the ruling high council tightens their control on the city, crushing any who would rebel against them. For Cassa Valera, the council and their leader, the chancellor, are her number one targets for revenge. After her parents led a rebellion and were killed, Cassa has been looking for a chance to free the city from the council’s clutches. Along with her friends Evander, Alys, Newt, and Vesper, she hatches a plan to infiltrate the mighty citadel where the council resides.

But even if Cassa and her friends are brave enough to fight against the citadel, their plans won’t go smoothly. The council will hound their every step, as they use their diviners to foresee the future. Old friends will betray them. Their loved ones will be in danger. And most of all, their relationships will be strained.

The fight against the council will be a hard one. Yet, with the unexpected help of a stranger, they may just be able to pull it off. That stranger, however, may turn out to be more monstrous than the council. Will Cassa and her friends be able to save the city they love?

Beneath the Citadel is a fun read that follows the main characters Cassa, Evander, Alys, Newt, and Vesper. The story jumps from each character’s point of view. Each character is unique, with their own realistic troubles and fears. For instance, Alys deals with anxiety that affects her everyday life.  Alys’ younger brother, Evander, is afraid he won’t be able to protect his family. Newt was abused by his father, and worries he doesn’t matter to anyone. And Cassa is always afraid that nothing she does will ever matter. But while these characters have flaws and fears, they work to overcome them, making them likable. Readers will root for them to triumph in the end.

While the characters will pull readers in, the plot is strong as well. The plot is simple to understand, but complex enough to make readers think about each character’s actions and decisions. At the start, the group’s goal is simply to take down the citadel, but by the end, each member is fighting against a monster more destructive than the council: a man named Solan. Solan is the main villain who has numerous powers including being able to see the future and steal people’s memories. Readers will enjoy the thrill of watching the four young heroes fight to stop Solan in his tracks before he destroys Eldra.

Overall, Beneath the Citadel has a nice pacing and is a fun read from start to finish. It focuses on the theme of teens dealing with the mistakes of their parents and predecessors, as well as the smaller themes of handling anxiety and discovering a new love. As a standalone novel, everything is neatly wrapped up by the end of the story. Destiny Soria’s novel is a great choice for any reader of YA fantasy fiction.

“I thought you would have figured out by now that all I bring to the table is an endless supply of irrationality and sarcasm.” - Cassa