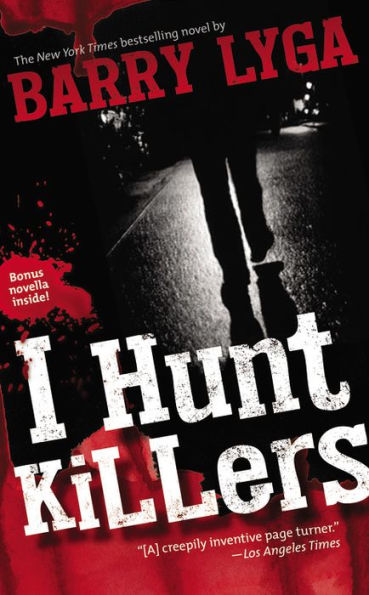 Jasper Francis Dent, who goes by Jazz, is the son of a famous serial killer who has been imprisoned for four years, but still has lasting effects on the boy’s life. Although Jazz is plagued by memories of the teachings his father gave to him, Jazz was almost adapting to living normally. He took care of his grandmother and had a best friend and girlfriend.

However, a serial killer imitating his father causes Jazz to change his life drastically. Instead of following in his father’s footsteps, he uses the inner workings of a serial killer’s mind to try to find out who is committing the murders. Jazz has to deal with reporters constantly hounding him, a sheriff who won’t let him look into the investigation, and a killer who is always one step ahead of everyone else.

I Hunt Killers has an exciting premise that hooks readers instantly. The story immediately throws Jazz into a crime scene surrounding a dead body. The gore and violence that the book opens up with are present throughout, but so is the thrill Jazz experiences trying to discover who committed the crime. The characters are well developed, unique, and convincing.

Jazz’s character is relatable because of his complexity and his competing desires. The reader is given a glimpse into Jazz’s thought process and is allowed to see his torment. Jazz wants to do good, but also struggles with the darker parts of himself, those parts that might be like this father. The themes in the book seem somewhat forced at times, but also provide messages related to independence, persevering through difficulty, and breaking cycles of abuse.

The book contains a somewhat predictable story, although the characters are unique and compelling. The story is written in a very approachable way, utilizing understandable language that clearly and quickly conveys Lyga’s message. At times, it seems like Jasper almost magically discovers clues to his victim. It is difficult to believe that a thirteen year old would reach the conclusions he does. This results in many of the revelations in the story feeling somewhat forced, and the twists feeling less surprising.

I Hunt Killers is a dark, disturbing, character-focused mystery in which the plot is often overlooked in favor of humor or graphic violence. Its story is predictable, but is otherwise an enticing read. The story shows the horrific nature of brutal crimes. Readers will want to take caution before picking up I Hunt Killers because of the subject matter, the graphic crime scenes, and the mind games that are played throughout the story.