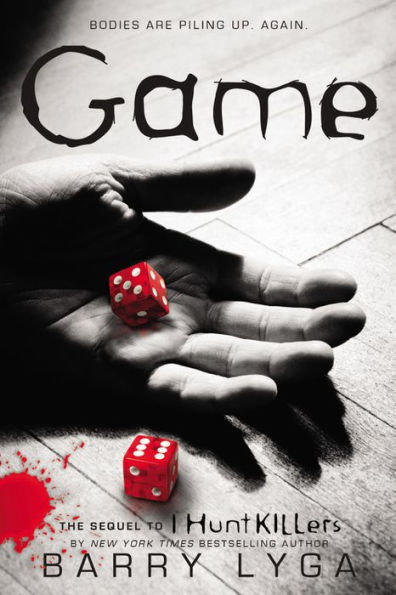 “Jazz felt as though his own life was a minefield, one he'd lost the map for. One wrong step and he'd lose a foot or leg. Or his mind.” —Game

In this second installment, the basic setup of the story has not changed. It is Jasper hunting a serial killer, this time the Hat-Dog killer who has been terrorizing New York. Jasper is brought on as a consultant by the NYPD. Outside of that story arc Jasper also has to deal with the fact that his famous serial killer dad, Billy Dent, has escaped from prison and is now on the loose!

Seventeen-year-old Jazz, the son of the world’s most prolific serial killer, is called to New York. The NYPD needs Jazz’s help finding the Hat-Dog killer, who has been terrorizing New York. Along with finding the killer, Jazz also must help find his father, Billy Dent, who has escaped from prison.

Jazz brings his girlfriend Connie to help with the case. Soon, Connie is receiving mysterious information about Jazz. Connie drags in Jazz’s friend, Howie. All three teens are trying to help find the killer. To solve the murders, Jazz must work with a hardened New York cop and an FBI agent seeking revenge on Billy Dent. By the end of the novel, Jazz and his friends have only just begun unraveling the mystery of his father, the killing game, and everything involved with the killings in New York.

Game keeps readers’ attention better than the first book in the series, I Hunt Killers. The engaging story gives the perspective of the people tracking the killers as well as the perspectives of the killers themselves. Even with all this information, it’s still a mystery as to what’s going on. Lyga keeps giving almost enough clues to figure out the mystery, but readers just can’t piece it all together.

Unlike the first book, we get a slightly expanded POV cast. Jasper’s girlfriend Connie and his best friend Howie are also featured and have a few mysteries of their own to deal with in their hometown.

One of the novel’s most gripping elements is the number of twists that keep arriving. Similar to the first book, it’s difficult to predict what’s going to happen because of the insanity of it all. Jazz is dealing with serial killers, and their minds are nearly impossible to understand. Each event that unfolds seems like it’s as bad as it gets, but another gruesome murder or unforeseen twist always comes up.

Game features relatable characters; Connie and Howie both face problems with their parents and peers that normal teenagers would go through as well. The novel is an exciting, engaging read with an excessive amount of profane language and gore. The mystery will keep readers interested as they try to understand the clues. Readers will want to use caution since Game is a gory, brutal story told in a fittingly brutal way.

“Jazz felt as though his own life was a minefield, one he'd lost the map for. One wrong step and he'd lose a foot or leg. Or his mind.” —Game