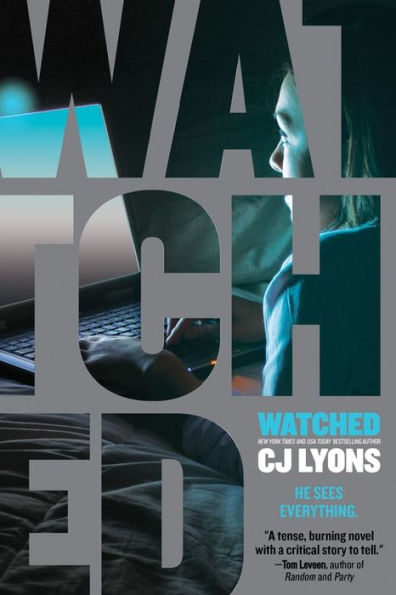 “But I know them. I am their God, their Creator, their Master,” Jesse. —Watched

Jesse’s life has been destroyed by a man he has never met. He doesn’t know what this man looks like, or what his name is. He only knows that his screen name is King. King makes a living blackmailing people, mostly kids, into committing sexual acts on camera. Jesse is one of those kids. And every time he tries to escape, the noose gets tighter.

Miranda used to work for King, until the guilt became so great that she defied his orders. Not one to take no for an answer, King has devoted himself to ruining Miranda’s life. King has posted nude pictures of Miranda all over the web and had her mom attacked. The horrors keep coming and coming, and Miranda believes taking her life is the only way of escape.

Both Jesse and Miranda are helpless in King’s net—until they meet each other. Together, they might have a shot of taking King down. But what will be the cost?

Watched is a well-written book with constant suspense. Written to educate on the dangers of virtual blackmail and cyberbullying, this book does not shy away from the sexual aspects of pornography, pedophilia, and the children that supply such people with their perverse desires. While Watched explores an important aspect of our world, this book is not suitable for anyone under the age of eighteen.

The Prologue starts with, “You don’t know what it feels like to hold a life in your hands, but I do. There’s nothing like it. Better than sex, it’s a rush that leaves you panting, wanting more . . . Your life will never be the same—you might die or you might keep living, but your life will always be mine.” This is a book with extreme adult content and should be read with caution.

“But I know them. I am their God, their Creator, their Master,” Jesse. —Watched