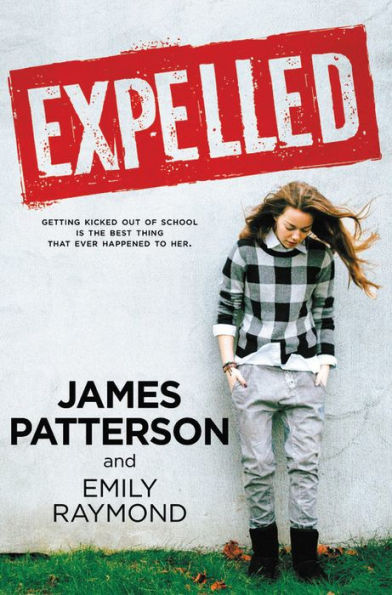 Theo Foster’s secret Twitter account just went viral. Now he and three other teens are expelled and Theo is determined to find out who is guilty and who is innocent.

Theo forms an unlikely allegiance with the three others who have been expelled. There is Sasha, the girl he’s been secretly crushing on, Jude, the school mascot and Theo’s best friend, and lastly Parker, the quarterback. Everyone seems to have a secret that they want to hide. Can Theo discover the truth? And will the truth bring these unlikely teens together?

James Paterson creates a first-person narrative that makes the reader fall in love with Theo and his unlikely friends. Although Theo is all about saving himself, he is completely relatable and loveable. The characters in Expelled jump off the page with humor, anger, and an array of teen emotions.

Expelled explores several deep issues include steroid use and incest without going into graphic detail. In the end, the reader will learn that other people’s lives are not as perfect as we imagine them to be.  Despite the engaging story, there are several drawbacks to Expelled. There is frequent and creative use of profanity as well as sexually crude remarks. Because of this, Expelled should be enjoyed by older readers.