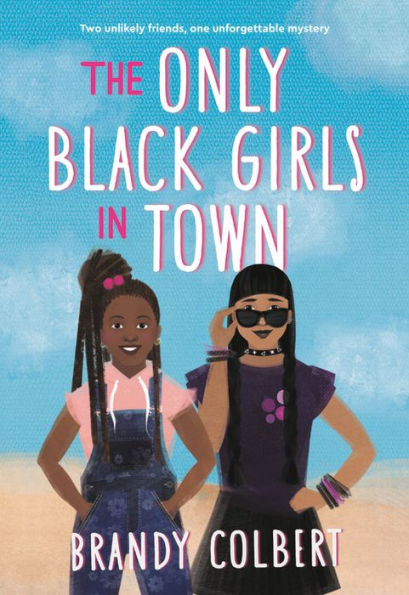 For over a decade, Alberta and her fathers, Elliott and Kadeem, have been the only Black people on their street in the town of Ewing Beach, California. That is, until a new family moves into the bed and breakfast across the street: Calliope Whitman and her daughter Edie. On the surface, it appears Edie and Alberta are opposites. Alberta has grown up in Ewing Beach for most of her life with her two very present dads. While Alberta grew up in a community dominated by White people, Edie grew up in the diverse county of Brooklyn. But these two girls have something they can strictly bond over: their Blackness and being 12, a time when bodies are going through intense and sudden change.

Alberta’s best friend is Laramie, a White girl, but Alberta and Edie share something special. One day while hanging out at the bed and breakfast, the pair discover a series of journals that were written from 1955 to 1968. They decide to uncover the mystery behind the journals and their writer, Constance. While unraveling the mystery, Alberta goes through many crises that center around her femininity, her Blackness, puberty, and friendships that seem to change way too fast.

Each girl in the main cast (Alberta, Edie, and Laramie) has their own issues and these issues are fleshed out with concise writing, giving the story a good pace while upholding the mystery of Constance. Laramie is dealing with the social hierarchy of middle school and her rapidly changing body, even to the extent of getting her first period and growing three inches in one summer. Edie is dealing with her parents separating and her father’s absence alongside his broken promises to see her. Alberta is exploring the complexities of change and confronting her Blackness and the Blackness of other characters such as Constance.

The Only Black Girls in Town is written from the perspective of Alberta, thus making the reader more sympathetic to her struggles as a 12-year-old girl coming of age. It is an amazing story that speaks on the complexities of race and puberty. Many readers will relate to the idea that hitting puberty means learning more about your own race. Colbert does an excellent job weaving themes of Blackness in her characters along with their changing bodies. The author tells readers that they are not alone in their journey of self-discovery, and she provides a diverse look at Black people.

The Only Black Girls in Town explores the theme that the experience with one’s Blackness is not uniform. For example, Black people do not dress uniformly as seen with Edie and Alberta’s clashing fashion sense. Black people come in a variety of shades: dark, light, medium brown, and even fair-skinned. Black people have different hair ranging from kinky curls to dreadlocks to straight. The story emphasizes that there is no mold for the Black experience. The Only Black Girls In Town also explores the subtlety of racism, often hidden in casual language like when the residential mean girl, Nicolette, demeans Alberta’s achievement as the best surfer in surf camp down to being Black or Laramie says Edie is “faking” her goth and punk self because she believes Black people to be monolithic in experience and appearance. While the White characters are not explicitly racist, their implicit bias is shown in dialogue such as Laramie not caring about the fact that Alberta’s new neighbor is Black and not understanding why Alberta is so excited. The book validates Alberta’s feelings of unease and that feeling of “this isn’t racist but feels racist.”

The Only Black Girls in Town is an amazing story that weaves the trials of middle school with the intricacies of race. The story balances lighthearted tones with a suspenseful mystery that heightens the drama between the characters. During a time where race relations have gradually become more complex and subtle, The Only Black Girls in Town is an important novel for all readers regardless of their race. This novel is for readers who would like a fun mystery and who want to learn about/explore the relationship between Blackness and coming of age.