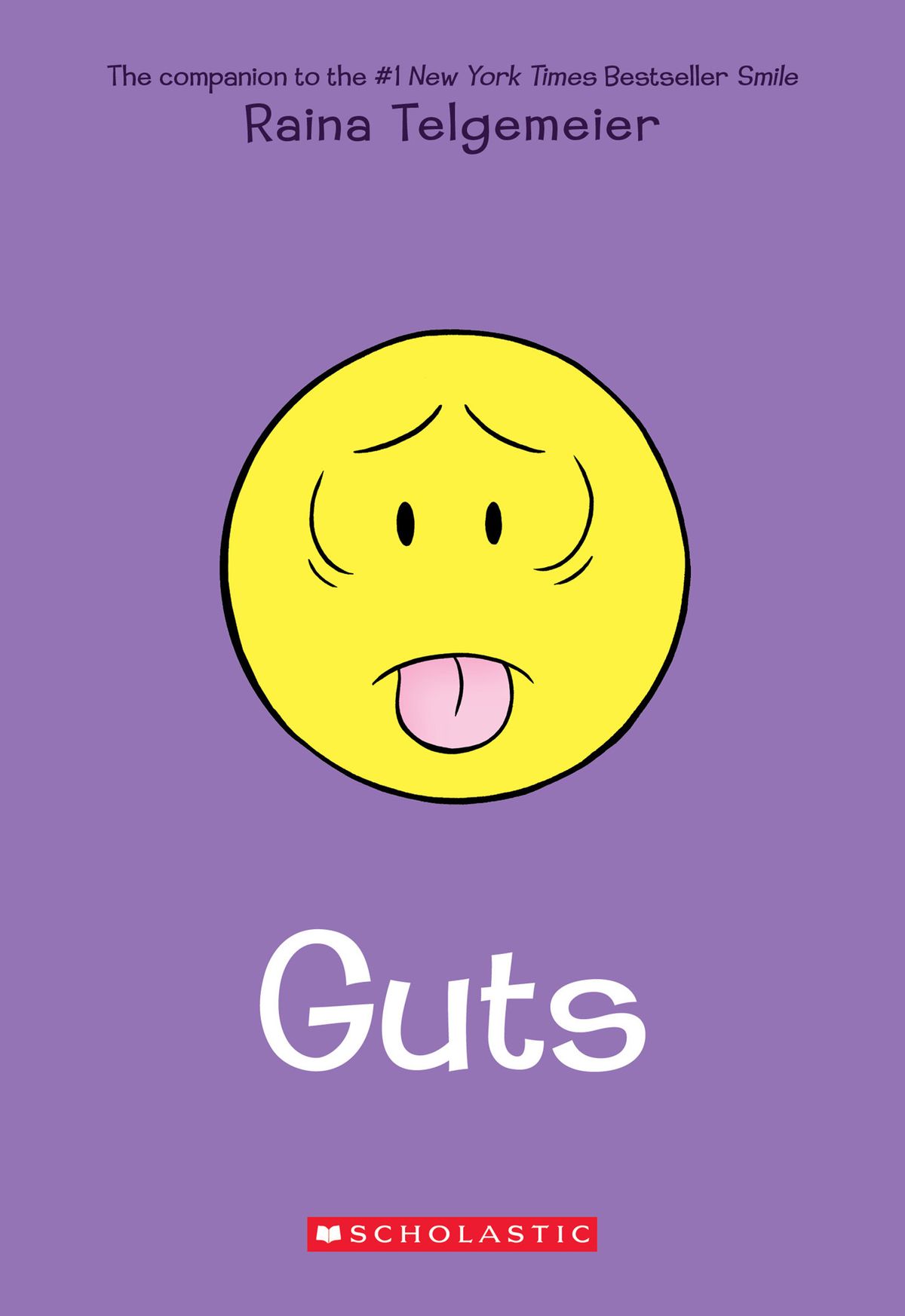 “Lauren explained that fears often have no rhyme or reason, but that we all have some level of self-control.” –Guts

Raina wakes up with a terrible stomachache. Because her mom is also sick, no one is really worried. But Raina’s stomach continues to hurt, even after she’s returned to school. Raina worries about throwing up at school. She’s worried about her classmates giving her an illness. She worries about eating something that will make her sick. She’s worried about her best friend moving. Raina’s tummy trouble isn’t going away. All this worrying is making Raina sick. What will it take for Raina to conquer her fears?

Raina doesn’t just have tummy trouble; she is also being bullied by Michelle. Every time Michelle says something mean to Raina, she explodes and ends up in trouble. Raina only talks to her best friend about Michelle’s mean words. Everything gets worse when Raina’s best friend begins talking and giggling with Michelle. Many readers will relate to Raina’s fears and anxiety. In the end, Raina and Michelle learn that they actually have a lot in common, and they might just be able to become friends.

As Raina’s stomach problems become worse, her parents take her to the doctor and eventually to a therapist. Even though Raina is “perfectly healthy,” she learns that her constant worrying is making her sick. With the therapist’s help, Raina learns breathing exercises to calm herself down. When she tells her friends that she is in therapy, Raina thought her friends would freak out, but instead, they think it’s “no big deal.”

Guts deals with the difficult topic of panic attacks, anxiety, and puberty. Using both illustrations and text, Telgemeir tackles the problem with compassion and humor. Each page contains eight or fewer sentences. The easy vocabulary, simple sentences, and bright pictures make Guts accessible to all readers. The brightly colored pictures do an amazing job at showing the facial expressions of the characters, which brings the character’s emotions to the forefront. The engaging story explores feelings and lets readers know that sometimes people need help to conquer their fears.

“Lauren explained that fears often have no rhyme or reason, but that we all have some level of self-control.” –Guts