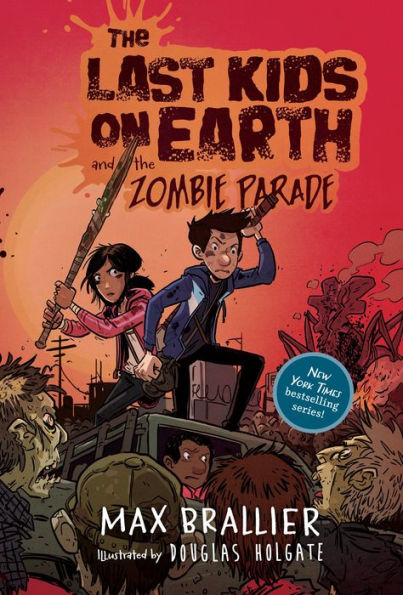 The Last Kids on Earth and the Zombie Parade

The Last Kids on Earth #2

A strange shrieking. Disappearing Zombies. New monsters appearing. Jack and his three friends keep hearing an eerie shrieking that summons the zombies. They are determined to discover where the zombies are going. Along the way, they encounter a giant Wormungulous, a pizza parlor monster hideout, an ancient evil who destroys worlds, and a stereo system that is totally the bomb.

The mystery of the strange shrieking isn’t the only problem Jack is facing. As a foster kid, Jack never had the chance to make friends. The monster apocalypse changed that. Now that he has a family, he wonders if he can trust them to stay alive on their own. He worries about all of the what-ifs—what if they get hurt? Or eaten? Or chopped up? Or zombified? Can Jack learn to trust his friends and allow them to help him stay safe?

In the end, Jack realizes that “Friends are important. Family is important. . . But even a post-apocalyptic action hero can’t keep them safe all the time.” He also learns that not all monsters are wicked and that battling together is the only way to defeat evil.