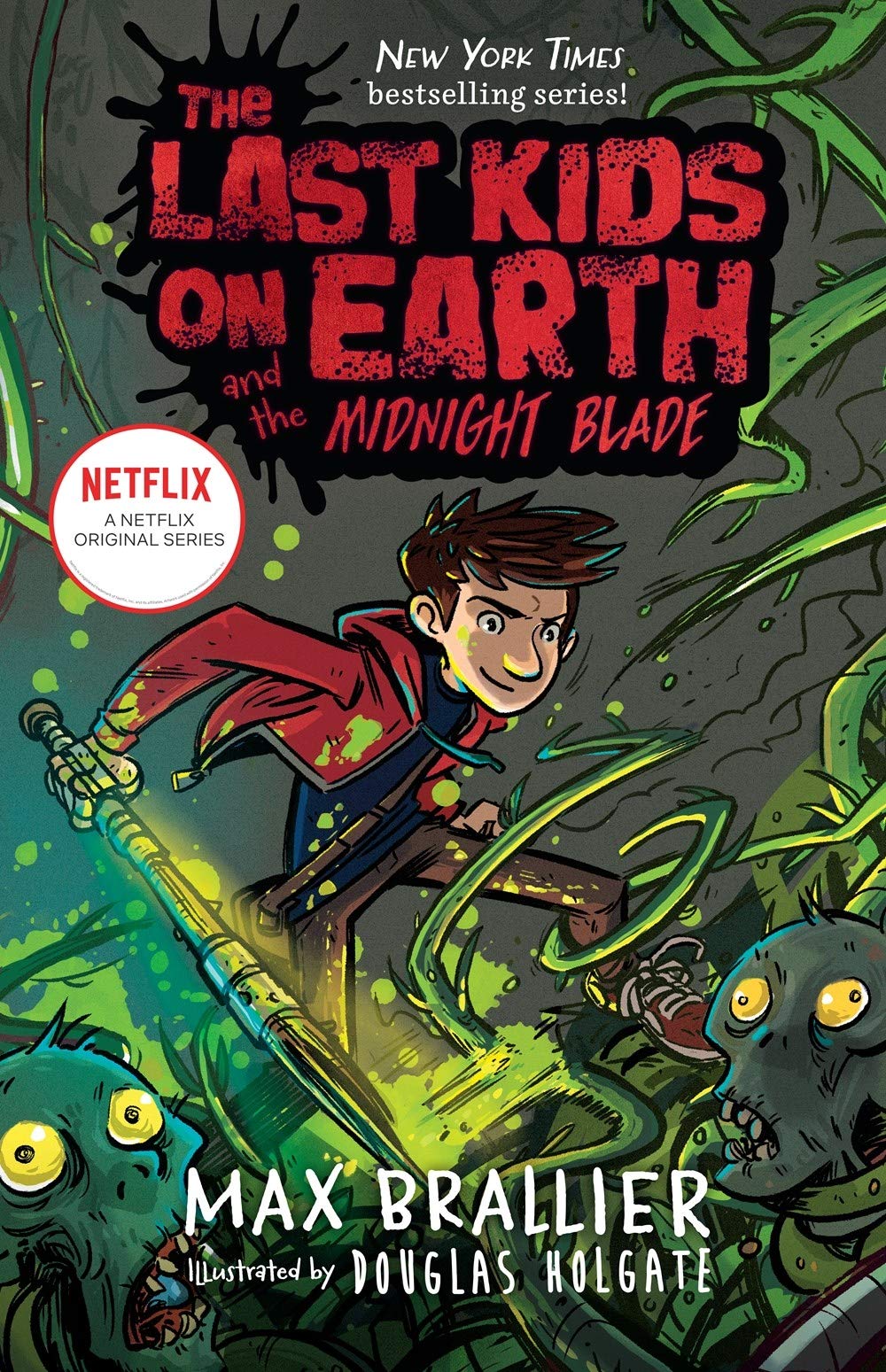 “When all is said and done, I’d want to have been useful. To have mattered,” Bardle. –The Last Kids on Earth and the Midnight Blade

The Last Kids on Earth and the Midnight Blade

The Last Kids on Earth #5

Surviving their first winter after the Monster Apocalypse was no easy feat, yet Jack and his buddies waste no time springing to action against some of the nastiest, most evil monsters around. When Jack discovers his Louisville Slicer has new otherworldly powers, he’s thrown into epic training to find out what kind of destruction the blade can wield. But between fighting off zombies, fleeing from strange, glowy Vine-Thingies erupting from the ground, and squeezing in a video game session or two, there’s barely time left to figure out what’s wrong with their buddy, Dirk. Dirk has been acting weird any time he’s around the undead. When an unexpected villain appears, can Jack and his friends save themselves—and the rest of the world—from cosmic domination?

The fifth installment of The Last Kids on Earth brings back some old friends and enemies. The action-packed sequences begin with Jack and his friends trying to help Dirk get over his depressed state. Younger readers will enjoy the entertaining activities that Jack plans to help Dirk. However, the fight scenes with the Vine-Thingies may be slightly confusing. In the end, Jack learns that “being different and not fitting in—that’s good sometimes.”

Like the previous books, the story will keep readers entertained with its fast pace, funny scenes, and epic battles. The easy-to-read text contains dialogue bubbles, alliteration, and onomatopoeias that make reading the story a joy. The black and white illustrations that appear on almost every page bring the kids’ world to life as well as adds humor.

At first, The Last Kids on Earth and the Midnight Blade may look like just another graphic novel. However, the characters are surprisingly well-developed and readers will come away with a valuable lesson about working together. Both the human kids and the monsters work together to defeat evil. Throughout the story, Jack realizes he has to do what’s best for his friends, even when it may be painful for him.

This story can be understood without reading the previous books in the series, but for maximum enjoyment readers should read the books in order. Readers will like The Last Kids on Earth and the Midnight Blade because the story keeps the same humorous, non-frightening format as the previous books. The story ends with a conclusion that makes it clear that Thrull will return, and it gives the possibility that Jack’s friends just might find their parents.

“When all is said and done, I’d want to have been useful. To have mattered,” Bardle. –The Last Kids on Earth and the Midnight Blade