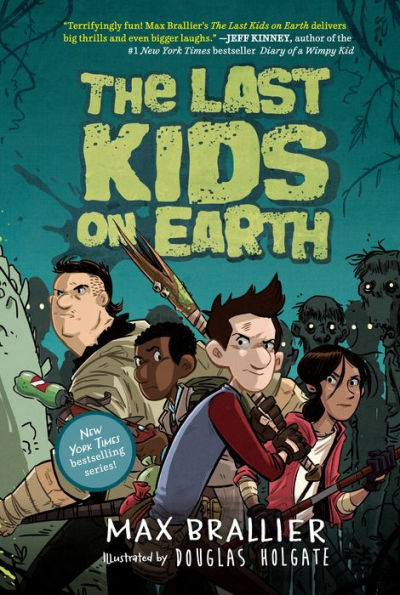 "I think this is a ‘just go with it' sort of moment," Jack. —The Last Kids on Earth

The Last Kids on Earth

The Last Kids on Earth #1

When the monster apocalypse hit Jack’s town, the thirteen-year-old retreated to his tree house. Everyone Jack knows has either run away or been zombified. Jack has been living in his tree house, which he’s armed to the teeth with catapults and a mote. Living on Oreos and Mountain Dew, Jack spends his time playing video games and scavenging stores.

Jack realizes that he can’t handle zombies, Winged Wretches, and Vine Thingies alone. He goes out to search for his best friend, Quint. Along the way he finds a team comprised of a reformed bully named Dirk, a pet monster, and a girl named June (who becomes Jack’s love interest).

Surviving a monster apocalypse will be difficult; however, life gets more dangerous when the intelligent gargantuan menace known as the Blarg sets his sights on Jack. He will need his entire team to defeat the monster.

Told from Jack’s point of view, the monster apocalypse comes to life with humor. Jack’s desire to care for his friends is clear. When Jack searches for June in the hopes of rescuing her, he discovers that she is a strong character that doesn’t need a knight in shining armor. Black and white illustrations add to the story. For a book filled with monsters, the story is more fun than frightening. Packed with action, The Last Kids on Earth will engage readers from the first page to the last.

"I think this is a ‘just go with it' sort of moment," Jack. —The Last Kids on Earth