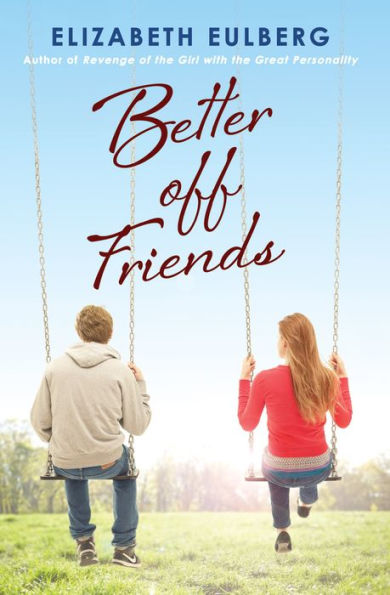 “But in truth, home isn’t necessarily where you sleep at night. It’s where you feel like yourself. Where you’re most comfortable. Where you don’t have to pretend, where you can be just you,” Levi. –Better Off Friends

When Levi moves to town, Macallan becomes his best friend. Everyone thinks that guys and girls can’t just be friends, but these two are. They hang out after school, share inside jokes, their families are close, and Levi even starts dating one of Macallan’s friends. They are content being just friends.

But no one believes that they are just friends. Guys won’t ask Macallan out because they think she’s with Levi. On the other hand, Levi goes through a string of girlfriends, who each think he spends too much time with Macallan. Basically, when it comes to dating, Levi and Macallan keep getting in each other’s way. With everyone thinking the two are more than friends, and they begin to wonder if they really can be just friends or if they should be more.

Better Off Friends alternates between Levi’s and Macallan’s point of view. In addition, the end of each chapter has a short conversation between the two, which allows them to reflect on their past. Levi is portrayed as a selfish, stereotypical Californian. For example, he wonders, “Why couldn’t we have stayed in Santa Monica, where the weather was sweet and the waves were sick?” Even though the book is told from both of the character’s points of view, both Levi and Macallan are forgettable characters.

Macallan is more well-developed character than Levi. Her mother’s recent death has shattered her family, she tries to stay out of Levi’s love life, and she stands up for two characters with disabilities. Despite this, she is not a memorable character. Unfortunately, too much of the story focuses on Macallan and Levi’s internal struggle as they try to hide their true feelings from each other. Even after the two realize they are in love with the other, their refusal to openly talk about their feelings becomes tedious.

Instead of being a fun romance, Better Off Friends has a predictable plot, forgettable characters, and a cliché conclusion. The main characters spend too much time trying to prove that they are just friends, and predictably fall in love with each other. Unfortunately, none of the characters are unique and readers will quickly forget the story. With a plethora of teen romances crowding the shelves, readers should reach for a truly unique and memorable romance such as I Believe in A Thing Called Love by Maurene Goo or Since You’ve Been Gone by Morgan Matson.

“But in truth, home isn’t necessarily where you sleep at night. It’s where you feel like yourself. Where you’re most comfortable. Where you don’t have to pretend, where you can be just you,” Levi. –Better Off Friends