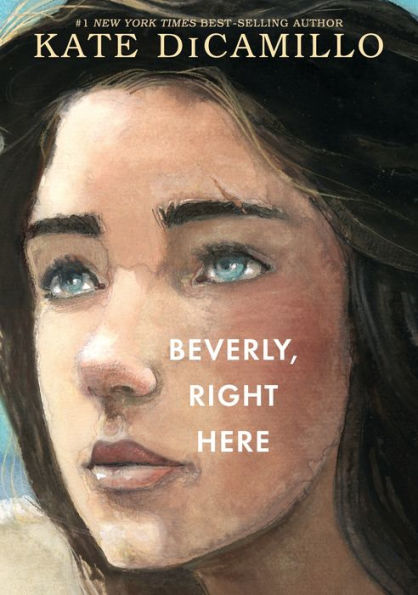 Other books by Kate DiCamillo

Fourteen-year-old Beverly has run away from home before. But this time, she plans on leaving for good. Beverly wants to make it on her own. She finds a job and a place to stay, but she can’t stop thinking about her drunk mother and her dog Buddy, who is buried under the orange trees back home. She also worries about her friend Raymie, who she left without saying a word.

It’s 1979 and Beverly hops in a car with her cousin, who drops her off in a random town. She has no money, no friends, and no idea where her steps will take her. Luckily, Beverly finds Iona, who takes in Beverly and treats her like a beloved niece. Iona is funny, truthful, and an overall wonderful person. However, the story never hints at the dangers of running away and trusting complete strangers.

Set in 1979, Beverly, Right Here does not show the dangers of the modern world. For example, in one scene, when an older man pinches Beverly’s butt, the waitress tells her not to complain. Another troubling aspect of the story is Beverly’s relationship with Elmer. Although Elmer’s age is never revealed, he is preparing to go to college. Even though Elmer is a sweet soul, and Beverly and him only dance and hold hands, the age difference is alarming.

Unlike its companion book, Louisiana’s Way Home, the characters and themes in Beverly, Right Here are not as developed, which leaves too many unanswered questions. Even though Beverly’s mother is a drunk, it is unclear why Beverly felt the need to run away. In addition, Beverly talks about the death of her dog; however, the reader doesn’t know how the dog died and why the dog’s death had such a negative impact on Beverly. Lastly, at the end of the book, Iona’s son shows up, questions her decision-making skills, threatens to take away Iona’s car, and tells Beverly she is “nobody” and must leave.

Beverly, Right Here is realistic fiction that highlights the importance of making connections. The short chapters and easy vocabulary help propel the action forward. Although there are several interesting characters, including Iona and Elmer, Beverly’s actions are at times confusing. The abrupt conclusion leaves the reader wondering what will happen to Iona and Beverly. Beverly, Right Here is a companion book to Raymie Nightingale and Louisiana’s Way Home. However, each book can be read as a stand-alone.

Other books by Kate DiCamillo