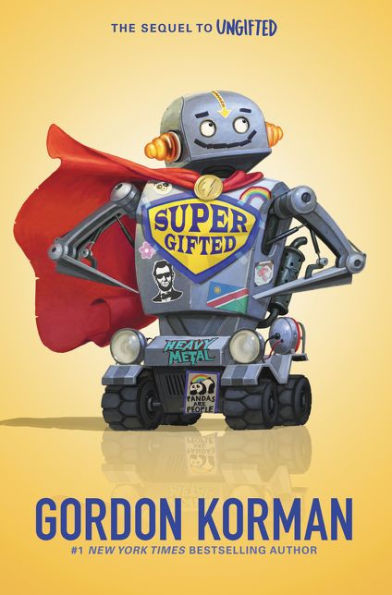 "The greatest gift you can give anyone is high expectations." Brad ―Supergifted

Noah Youkilis has never been normal. With an extremely high IQ, this super gifted kid dreams of having an opportunity to fail. After years at the Academy for Scholastic Distinction, Noah dreams of being in remedial classes, being a failure at something, and having some unpredictability in his life. When Noah enrolls in his friend’s school, both of their lives begin to change.

Noah may be super gifted when it comes to school, but he’s not super gifted at making friends. Noah makes enemies out of the cheerleading captain Megan Mercury and lacrosse player “Hashtag” Taggart.  Sticking up for Noah makes Donovan a target, and he’s told to stay away from Hashtag, or else. When a freak accident makes Donovan a hero, he can’t let anyone know. In order to help his friend, Noah steps in and becomes “Superkid.” When the fame goes to Noah’s head, Donovan wonders if the lie may just cause more chaos than telling the truth.

Younger readers will be pulled into the stereotypical life of junior high as they watch Noah go from friendless to popular. One simple lie drives the suspense in the story and will keep readers wondering how Noah will ever keep his secret.

The story is told from a first-person point of view, which allows the readers to understand the different characters’ motivations and feelings. However, the point of view changes between five different characters and becomes confusing. Although the story focuses on Noah, it really is a story about Donovan trying to save his family pet and his friend. The balance between Donovan’s home life and school life adds interest and heart to the story.

Supergifted has many stereotypes—the mean cheerleader, the bully jock, and the smart kid who can’t pick up on social clues. The only character that breaks the stereotypical mold of a junior high student is Donovan. Donovan wants to keep Noah out of trouble and goes to great lengths to keep the bullies from harassing him—the only problem is that Noah doesn’t seem to notice anything that Donovan does for him. And when Noah becomes Superkid, he also becomes a super terrible person. At the end of the story, Noah doesn’t even seem to recognize what a super friend Donovan is.

"The greatest gift you can give anyone is high expectations." Brad ―Supergifted