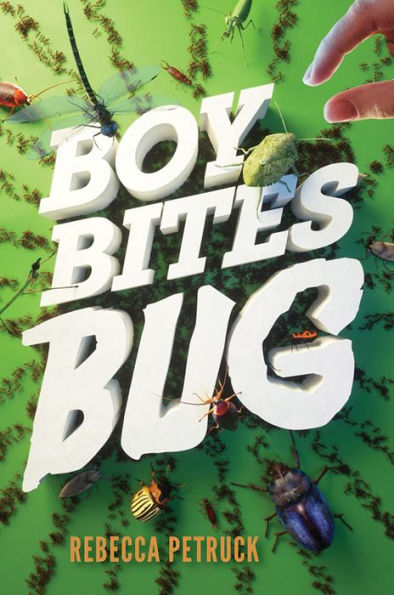 “Guys like that don’t listen, and they don’t change. You just have to walk away. As much as I’d like to do something, it’s pointless,” Elroy. —Boy Bites Bug

Will wasn’t trying to prove a point. He wasn’t trying to put his friend in his place. He just wanted to fix an awkward situation. So, he ate a stink bug. Now, everyone knows him as bug boy. His new popularity brings a host of confusion—he’s feuding with his old best friend and trying to navigate a new friendship. Will wants to do what’s right, but he’s not always sure what that is.

Boy Bites Bug is a fast-paced story that brings the struggles of friendship into focus. The diverse characters are authentic, funny, and bring heart to the story. Will has a hard time figuring out how to deal with his changing friendship with Darryl. Will thinks, “Darryl and he had been friends for a long time, but would a real friend make him feel crappy for trying to be a decent person?”

As Will and Elroy become friends, Will struggles with figuring out what racism is. Even though his new friend Elroy is from Minnesota, others see him only as a Mexican, and Will makes assumptions about Elroy because of his race. Will knows it’s wrong to give someone “crap about who he was,” but wonders if his own behavior and assumptions are racist as well.

The story shows strong positive relationships between Will and his family. Even though Will’s actions have negative consequences for his sister, his sister still stands by his side. Will’s sister is one of the best parts of the book because even though her bug-eating brother causes her problems, in the end, she supports him and even makes up a bug-eating cheer for him.

Boy Bites Bug will appeal to a variety of readers because Will and his friends struggle with real-life issues—friendship, family, and figuring out life. Through Will’s journey, the reader will learn about eating bugs “on purpose” as well as get recipes that include bugs. The gross factor brings humor as well as lessons about different cultures. In the end, Will realizes that making fun of people for eating bugs isn’t funny. He also learns an important lesson about forgiveness. He learns that “some apologies would never fix things, but that didn’t mean they shouldn’t be made. It just meant they’d be harder to get out.”

“Guys like that don’t listen, and they don’t change. You just have to walk away. As much as I’d like to do something, it’s pointless,” Elroy. —Boy Bites Bug