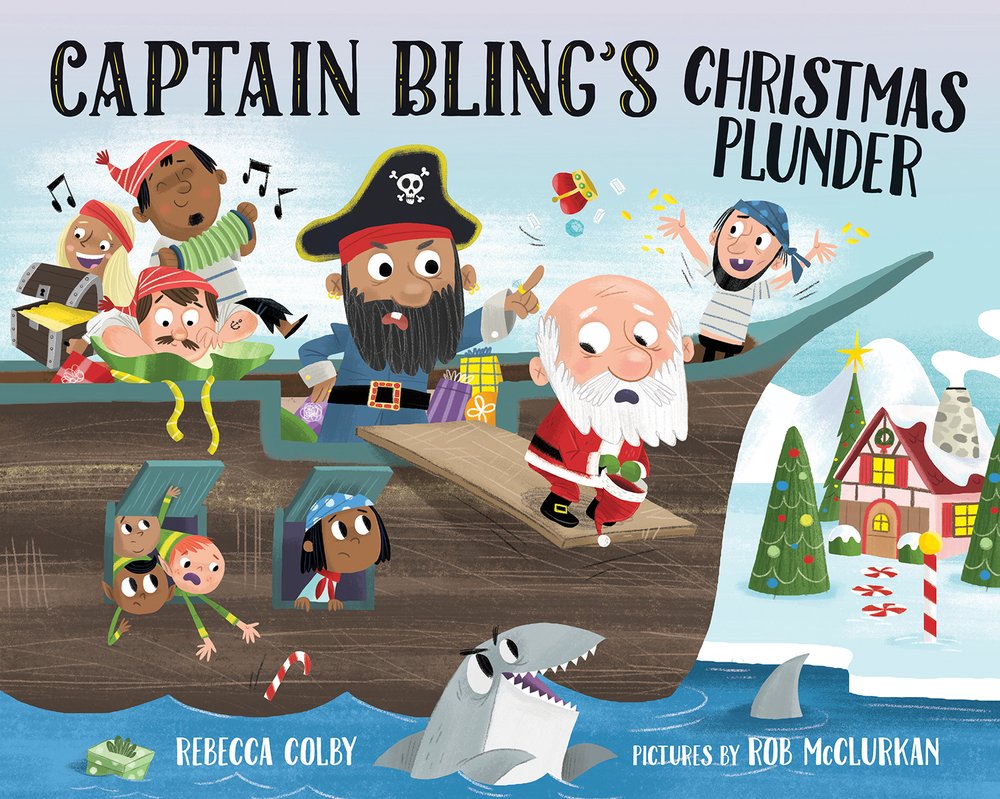 Captain Bling and his merry crew set off to find treasure, but they get blown off course and end up at the North Pole. When they spy the elves carefully wrapping presents, the pirates think they have found the ultimate booty! They quickly steal the presents and make their way back to the ship. By the time Santa Claus catches up to them, the pirates are well on their way to escaping. But Santa has a surprise for Captain Bling and his crew!

Captain Bling’s Christmas Plunder will take readers on a swashbuckling adventure to the North Pole. The pirates’ plundering activities are told with humor, in rhyming couplets. The pirates attack Santa’s workshop, forcing Santa and the elves to fight, and “though Santa swung fast, the pirates swung faster, and a sack versus swords was a surefire disaster.” However, the gifts are saved because the pirates change their ways and help Santa on Christmas night.

The brightly colored illustrations show Santa’s magical land where pine trees are decorated, snowmen smile, and toys are stacked waiting for Christmas day. Young readers will love the illustrations’ fun details such as penguins watching the elves and pirates fight, and a shark happily waiting as Santa walks the plank. Each page has 1 to 3 rhyming sentences which include some advanced vocabulary. Even though Captain Bling’s Christmas Plunder is a picture book, the story is intended to be read aloud to a child, rather than for the child to read it for the first time independently.